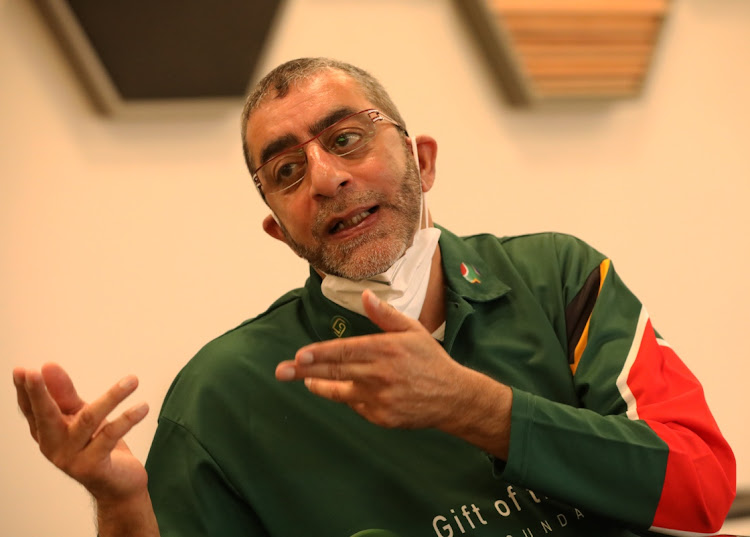 Gift of the Givers founder Dr Imtiaz Sooliman was named the 2021 Social Justice Champion of the Year at the third annual Social Justice Summit which was held together with the second annual social justice conference on Monday and Tuesday.

The events were convened by the Council of Social Justice Champions, which is co-ordinated by Prof Thuli Madonsela in her capacity as the law trust chair in social justice at Stellenbosch University.

The organisers announced an intention to add a “bridge-builder award”, in honour of diehard social justice champion Dr Beatrice Wiid, who recently died at the age of 91. She was also a member of the Council of Social Justice Champions.

Madonsela said the two days proved yet again that it was only with the support and collaboration of government, civil society, big business, academia and every ordinary South African and global citizen that the country could make the ideal of social justice a lived reality for everyone in SA.

The participants recommitted themselves to scale up efforts aimed at advancing equality and ending poverty as an investment in social cohesion and peace.

“I am overjoyed at the number and innovativeness of the practical ideas that were generated on how to accelerate progress on economic parity, particularly on issues such as financial inclusion, economic modelling, transformative constitutionalism and citizen empowerment,” Madonsela said.

Madonsela said one of the key outcomes that excited her was an agreement to push for a law or clause in existing legislation that would make it mandatory for the government to certify that a law it intends to pass would advance equality and diminish poverty and not worsen the situation on the two social justice imperatives.

Stellenbosch chancellor and member of the Council of Social Justice Champions, retired justice Edwin Cameron pleaded for urgent action to make progress on equality and poverty and pointed out two weeks of the violence experienced in July as an example of the perilous near future should people not see visible progress.

“The events risked undermining everything we have achieved and the progress and faith in our nation. It is the legal system along with the poorest of the poor that suffered,” was Cameron's view.

He said the emerging economic justice push reminded him of the role of civil society led by the TAC in pushing for the delivery of HIV antiviral therapies despite the government’s resistance at the time. He reminded participants that without such antivirals, which he could afford because of his economic class privileges, he would have died two decades ago.

“We are at a pivotal moment in our democracy. We need to fight now, with concrete deliverables. The key is the rule of law — we must hold on to it, and we won’t succeed without it,” Cameron said.

Judge president Dunstan Mlambo, who delivered the keynote address at the international conference, opined that courts could do more to ensure that disadvantaged people did not feel that their injustices had no remedies.

“The courts must, as custodians of the constitution, come down from their ivory towers to defuse the situation on the ground by making justice accessible to all. Given the precarious situation we find ourselves in, the good men and women of the judiciary should take it upon themselves to restore respect for the rule of law in this country,” Mlambo said.

Nothing prevents GOTG founder Dr Imtiaz Sooliman from succeeding in his mission: ‘he’s a man with a plan’
Opinion & Analysis
1 month ago

Gift of the Givers said their team will be drilling for water at the Rahima Moosa Mother and Child Hospital to avert a water crisis there.
News
4 months ago