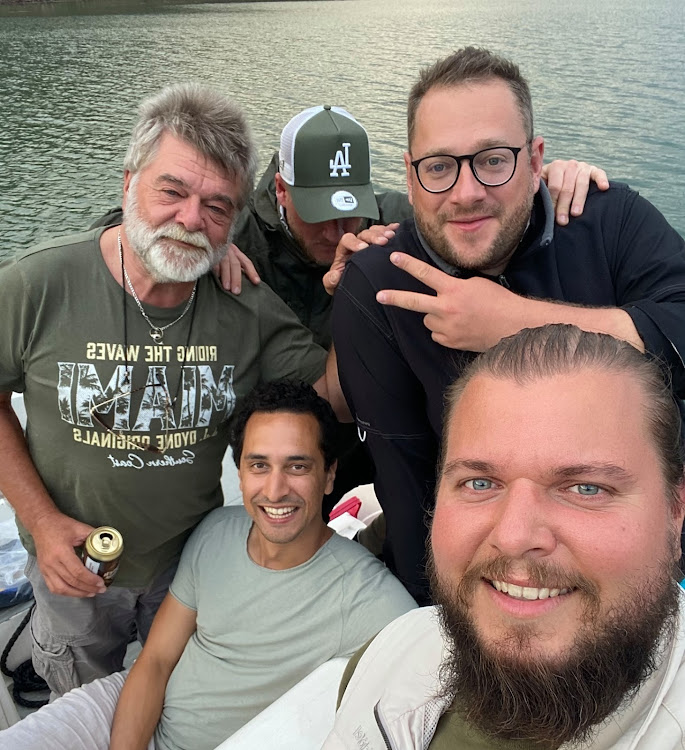 The party of five from Germany booked an exclusive charter on a Shayamanzi luxury houseboat. A fire broke out on the boat on Saturday. Michael Mirschel and a crew member died, while another crew member is still missing.
Image: via Facebook

Left with just one working cellphone, a set of clothing each, substitute passports and little cash, four men are trying to leave SA and make plans to repatriate the body of a family member to Germany after a deadly boat cruise on Lake Jozini in northern KwaZulu-Natal.

“We fought our way to the embassy in Pretoria and are staying in Johannesburg. We are still waiting for information where they brought the body of our dad and how we can repatriate him to Germany,” Alexander Mirschel told TimesLIVE on Wednesday.

Mirschel's 64-year-old father, Michael, and a crew member died after a fire broke out on a Shayamanzi luxury houseboat on the lake near Pongola on Saturday.

Another crew member is still missing after they were forced to jump ship.

Mirschel said the party of five had booked an exclusive charter.

“It was my father Michael Mirschel, my brother Mario Mirschel (30), myself, Alexander Mirschel (35) and my two best friends, Shahsad Rahman and Robert Verbanec (both 35). We arrived in SA on September 30 and it was the first time I ever brought my most important people to this country to show them the beauty. I organised what has been an outstanding trip, with lots of highlights until the accident,” he said.

He said Jozini Tiger Lodge provided accommodation and food for two nights before the group made their way to Johannesburg.

“We [are] still trying to find out if we need to get to Richards Bay for identification of the body and when we are released to leave the country. We just received substitute passports but are still struggling to get hold of the airlines to rebook us. Also, I would definitely not leave the country without knowing that dad's body is in good hands with our funeral service.

Alexander Mirschel, whose father drowned during a houseboat fire, has told Samsa about the harrowing incident
News
3 months ago

“Our sister and mum are really struggling, but they try to be strong, eagerly awaiting for us to return home safely. We received lots of mental support but without cards and passports we were not even able to get cash by Western Union or anything. So we fought through it on our own,” said Mirschel.

When asked if he was planning legal action, Mirschel, who is a photographer, said he didn’t think there was any other way.

He said not only did he suffer the loss of his father, but he had also lost his technical equipment like cameras, lenses and a laptop.

“It's the same for the rest of our group. We also have some third-party damages, like loss of the rental car keys, keys of apartments that all need to be sorted and covered. We are in touch with a German attorney in SA already and will soon mandate him,” he said.

In a graphic account of what transpired after a fire broke, the holidaymaker told the South African Maritime Safety Authority​ (Samsa) that Shayamanzi allegedly produced “forged” indemnity forms which waived liability.

In his letter to Samsa, Mirschel also outlined his evaluation and experience of Shayamanzi's conditions and emergency protocols.

Samsa is investigating the tragedy.

Shayamanzi did not respond to a request for comment.

‘Lord be with them,’ prays woman as R27k-a-night houseboat burns

The KZN tragedy has led to the deaths of a crew member and passenger, with another crew member still missing
News
3 months ago

KwaZulu-Natal economic development, tourism and environmental affairs MEC Ravi Pillay has expressed sadness over the deaths of two people in a fire ...
News
3 months ago

A fire on the Shayamanzi I has led to the death of a crew member and guest.
News
3 months ago