Zondo praises justices Khampepe and Jafta as they retire from ConCourt 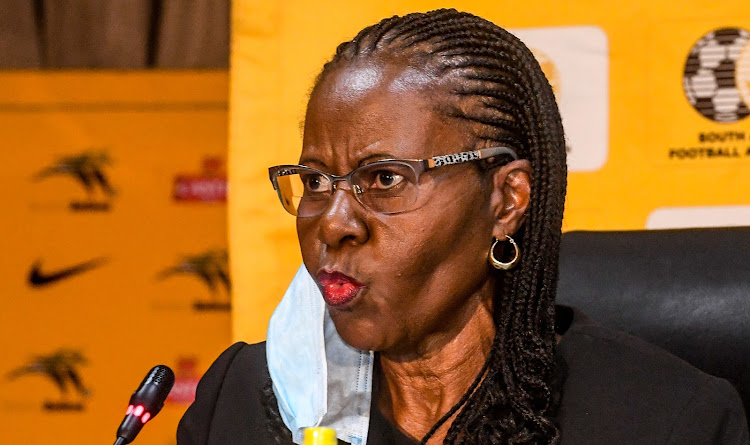 Judge Sisi Khampepe, who read out the Constitutional Court judgment that sentenced former president Jacob Zuma to jail for 15 months, has officially retired after a more than 40-year career.

Monday marked Khampepe's last day in her legal career, with acting chief justice Raymond Zondo praising her role on the country's apex court when it came to matters involving women, children and other vulnerable members of society.

Monday was also the last day in office for justice Chris Jafta, who has also retired. He was a ConCourt justice for 12 years.

Zondo — who is acting in the chief justice position after the long leave and subsequent retirement on Monday of justice Mogoeng Mogoeng — acknowledged the roles that Khampepe and Jafta played.

“Justice Khampepe’s time on the bench of the Constitutional Court is marked and celebrated as a period during which she eloquently developed jurisprudence on the rights of women and children, and other vulnerable members of society.

Acting chief justice Raymond Zondo has paid tribute to former chief justice Mogoeng Mogoeng by calling him a guardian of the constitution.
News
8 months ago

“She will also be remembered for her judicial bravery and unfailing fidelity to the rule of law. Her last two well-known judgments related to the work of the state capture commission of inquiry and strengthened the rule of law and the principle of equality before the law.

“She is celebrated by her colleagues and the legal community as a jurist of vast intellect, uncompromising integrity and inimitable style. She led and followed with grace, kindness and diligence. Her quiet yet fierce strength will be sorely missed, but remembered with gratitude and admiration,” said Zondo.

After decades of “bountiful contributions to South African law and society”, Zondo said, Khampepe was now able to enjoy her well-earned retirement with her loving husband and family.

Zondo described her as selfless in her service to the people of SA and the rule of law.

“I wish justice Khampepe everything of the best during her well-deserved retirement.”

In paying tribute to Jafta, Zondo said he had “made a huge contribution to this country’s jurisprudence.

“I wish him everything of the best during his retirement.”

After the end of his term as chief justice on Monday, Mogoeng Mogoeng already has a number of public events lined up.
News
8 months ago

The presidency has confirmed that 25 people were recommended for the position of chief justice, but 'only eight nominations met the criteria'.
Politics
8 months ago