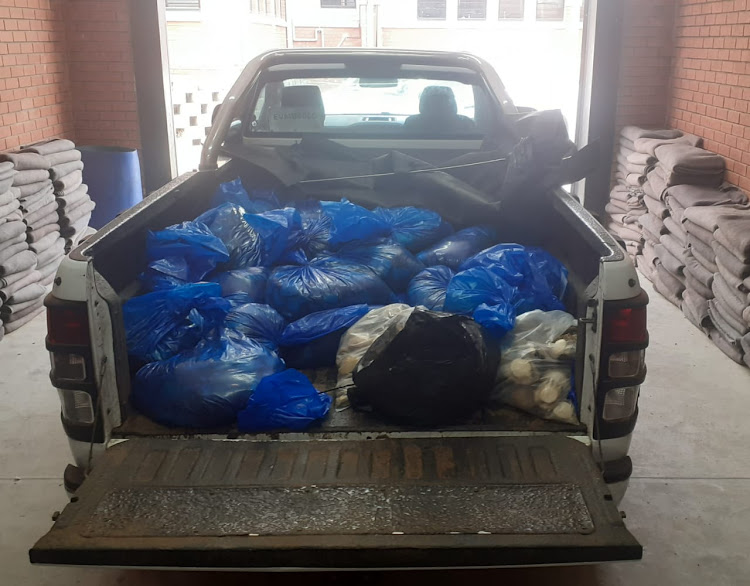 The abalone confiscated from the two vehicles is worth an estimated R2m.
Image: Saps

A 37-year-old man was arrested.

Jonker said the occupants of a second bakkie, a Toyota Hilux, fled in the direction of Hofmeyr.

“After a high-speed chase the vehicle was found abandoned and locked in Hofmeyr, with an estimated ton of frozen de-shelled abalone.”

The abalone confiscated is worth about R2m.

The suspect is expected to appear in the Cradock magistrate’s court on Friday.

Abalone with a street value of nearly R2m was seized by Western Cape police after two men were found in possession of an illegal consignment.
News
4 months ago

The Hawks arrested a 26-year-old Pretoria man for allegedly being in possession of abalone and attempting to bribe them with R10,000 to let him go.
News
4 months ago