Blyde lessors: your tribe has spoken — no more holidays at the 'beach' 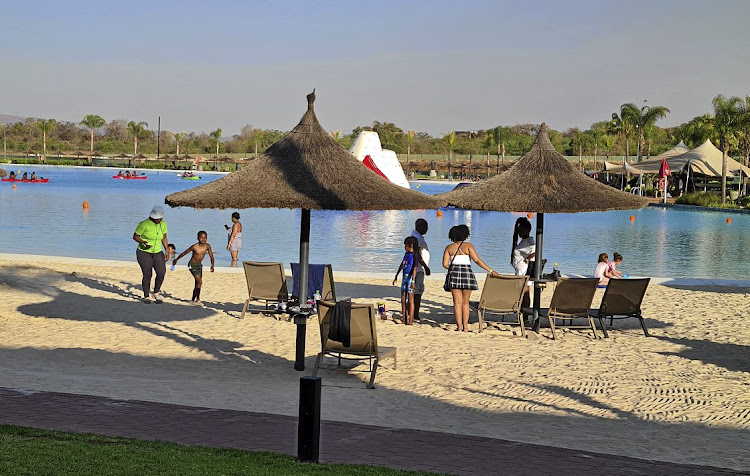 It's official: you have until November 30 to rent a holiday apartment at Pretoria's only “beach” — thereafter you'll have to go somewhere else to enjoy the “seaside”.

An announcement on Friday by Balwin Properties, owners of the Blyde Riverwalk Estate and the Blyde Homeowners Association (HOA), said most of the homeowners at the complex are against short-term lessors (STL).

This after a vote was held on Thursday evening, where homeowners took a poll on whether on not STLs were to stay.

According to the statement, the vote follows numerous complaints to the HOA “over a period of four years, over the unruly conduct and noise disturbances that have become the norm, especially over weekends”.

In addition, the statement read, Balwin has been inundated with complaints from residents about overcrowding of the lagoon area by guests from STL apartments “as well as the fact that residents do not feel safe and secure within the development, which is of great concern for all stakeholders”.

It seemed like a winning combination for people of landlocked Gauteng — a safe, trendy and relatively affordable estate with a turquoise “lagoon” ...
News
8 months ago

But STLs are not satisfied with the results, complaining that they would always be outvoted by the association.

The HOA is made up of a majority of Balwin representatives, as the developer owns most of the property and the properties still to be built.

Balwin say they want to ensure that The Blyde is restored to a peaceful, sustainable, and family-orientated residential development, and that Balwin's “significant percentage of voting rights” is common practice with developments of this nature.

Balwin CEO Steve Brookes said: “We have an investment of R4bn in the development and remain the owner of the lifestyle centre and lagoon.

Considering the situation that has transpired at The Blyde and the inability to reach a compromise over almost four years, Balwin will discontinue short-term letting across all its developments.

“As the developer, our ethos remains on building lifestyle estates that are safe and focused on family-friendly communities.

“We’ve been working on resolving the conflict between short-term letting owners and long-term homeowners for almost four years. Following the ongoing abuse of the system, the decision was taken to call a special general meeting and put the continuance of short-term letting to a vote.

“The majority of votes were against the continuation of short-term letting, which will be phased out by November 30, and thereafter only rentals longer than three months will be allowed.

“Balwin has a duty to vote in the best interests of The Blyde’s current and future long-term homeowners. Considering the situation that has transpired at The Blyde and the inability to reach a compromise over almost four years, Balwin will also discontinue short-term letting across all its developments.”

This decision is a crushing blow to homeowners, who say they were enticed by the developer who suggested using short-term leasing as an investment.

Imagine owning a R1.8M 3 bedroom apartment at Blyde and the next thing you are told "sorry you can no longer host guest here". Who you gonna sell that Apartment to? Yerrr! pic.twitter.com/oN1CyD5FBv

One STL, who spoke to TimesLIVE on condition of anonymity for fear of retaliation, said the decision was “devastating” and that they would love to sell their Blyde property but the pandemic had left few people with the ability to buy, adding that the “reputation” of the property had been “damaged”.

They said they would have to cancel an overseas booking and they did not know how they would find a tenant.

The homeowner listed issues they believe should have been considered, such as job creation and economic stimulation.

“The transport business about the estate and the laundry staff ... The lady who cleans our apartment is frustrated, she has been looking for a job for years,” they said.

How are we going to pay for rates and taxes, water and lights, mortgage and levies while we don't have tenants?

“We thought we could participate in the economy and make some extra cash and that has been shattered. How are we going to pay for rates and taxes, water and lights, mortgage and levies while we don't have tenants?”

Lessor Thabo Selebe spoke to TimesLIVE after the vote on Thursday night. He and other STLs believe Balwin is trying to get rid of STLs because it wants to build a hotel.

Balwin, while confirming that the developers intend building a hotel on the property, has denied this comment.

In the statement, it said that case studies from Dubai, on which this property was modelled, “show that the presence of a hotel improves the overall value of the development with a long-term benefit for homeowners, and will also contribute towards the levy fund”.

“With the Crystal Lagoons concept originating in Dubai, and in line with the cutting-edge lifestyle estates of that country, Balwin has tabled a boutique hotel that will not disturb the primary objective of creating a peaceful family environment.

“The boutique hotel with only 60 rooms will allow for a highly regulated and controlled environment,” said the statement.

The Pretoria estate has about 900 owner-occupied or long-term rented apartments and 200 short-term rental apartments. Balwin says another 2,000 units are being built. 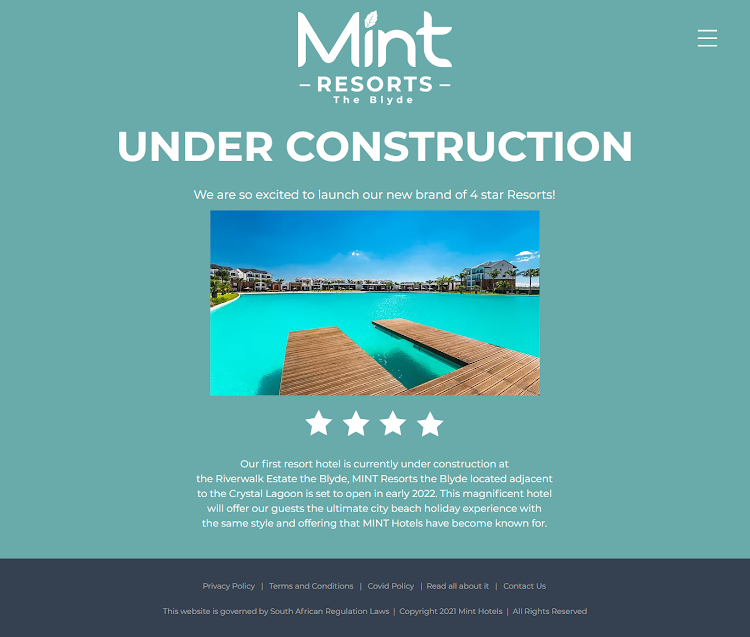 A screengrab from the luxury hoteliers 'Mint' who are building their first 'Mint Resort' at the Blyde.
Image: Mint Resorts screengrab

Holiday letting to be phased out at Pretoria's Blyde 'beach' estate

Pretoria's “beach” will no longer have guests for the weekend after a meeting with homeowners voted in favour of preventing “loud” short-stay ...
News
7 months ago

All you need is 35 million litres of water, a remote controlled Kreepy Krauly, 2,700 tons of beach sand - and you've got your own beach in Pretoria.
News
3 years ago