Eleven metro cops under arrest after assault of three men 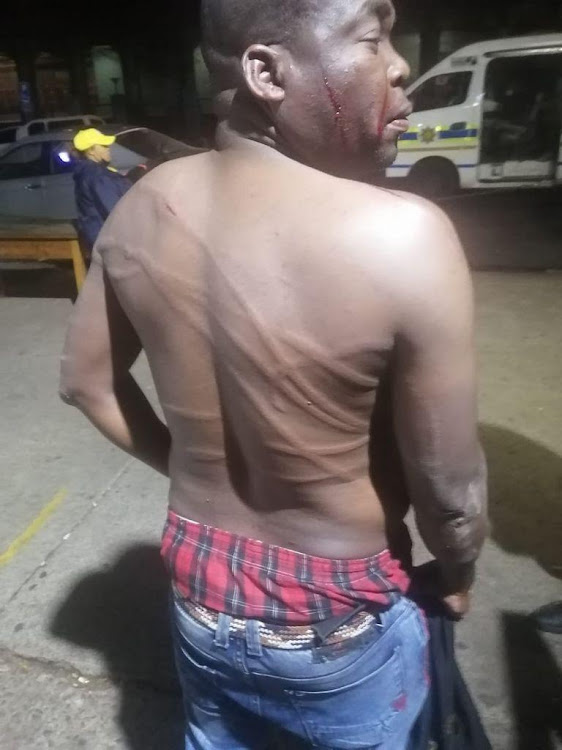 A man who identified himself as Shiba shows the welts on his back which he claims were caused by a beating by Tshwane metro cops.
Image: Supplied

Eleven Tshwane metro police officers who were allegedly involved in the assault of three men have been arrested.

Images and videos of the victims appeared on social media a week ago.

Police watchdog the Independent Police Investigative Directorate (Ipid) said that it has been investigating the allegations around the incident, where the men attempted to forcefully remove their vehicle after it was impounded by the officers on October 2.

In one of the videos, a man identified only as “Shiba”, showed welts on his back and chest, which he alleged were caused by blows from a sjambok. He had blood running down his face.

As he turned to look at the person taking the video, he exclaimed: “They just beat us, they don't have a right.”

He then turned back to a crowd and what looked like a security guard and shouted: “Tell [them] we are going to [inaudible]. They don’t have a right to beat us like this.”

“The Tshwane Metro Police Department condemns such actions from its members. Internal disciplinary processes will continue with these arrests. As the TMPD we work very hard to rule out all kinds of corruption within the department,” the metro police force said in a statement.

The Independent Police Investigative Directorate (Ipid) will on Thursday visit three men who claim to have been beaten and sjambokked by eight ...
News
3 months ago

Even before this week's decision by President Cyril Ramaphosa to institute an inquiry into Khehla Sitole's fitness for office, his position as ...
Opinion & Analysis
3 months ago