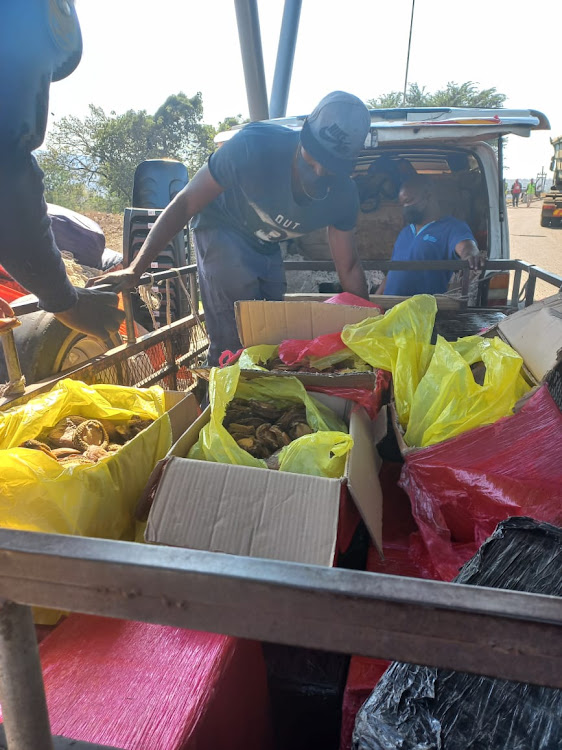 The abalone was packed in 21 boxes and weighed 460kg.
Image: SA Revenue Service

Customs officials have seized dried abalone worth R1.6m hidden in the trailer of a taxi at the Lebombo border post in Mpumalanga.

The intention was to illegally import the abalone into SA from Mozambique, the SA Revenue Service (Sars) said on Friday.

The abalone was packed in 21 boxes and weighed 460kg.

The driver of the taxi is in police custody.

“Our customs officers are committed to making it hard and costly for smugglers and to protecting SA’s economy. Any attempt to use our country as a springboard for illicit activities will be fiercely resisted,” he said.

“In this case, the officers have demonstrated their commitment to preventing the illicit trade in protected and endangered species.”

This comes after police seized deshelled abalone worth R2m in Cradock on Wednesday and raids on illegal processing facilities across Cape Town on Tuesday led to the seizure of more than R20m worth of abalone.