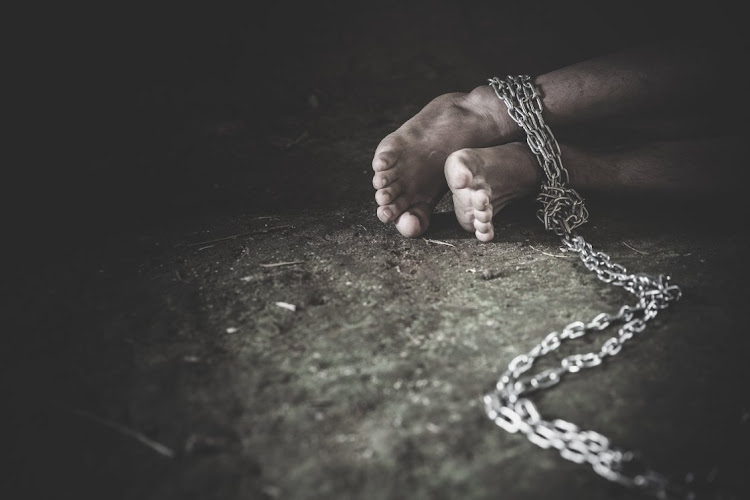 50 Ethiopians, including children, were rescued from a house in Gauteng. They were allegedly brought to SA to be reunited with their families but detained unless ransoms were paid. Stock photo.
Image: 123RF

A 50-year-old Johannesburg resident, who allegedly kidnapped 50 Ethiopian nationals including children, has been remanded by a court.

Kafecho was arrested on Thursday night when the police raided his home in Zakariyya Park, south of Johannesburg.

It was during the raid that 50 Ethiopian nationals, aged between 12 and 50, were rescued.

Gauteng police spokesperson Brig Brenda Muridili last week said the Ethiopians had all been brought into the country allegedly to be united with their families living in SA.

Mjonondwane said the attempted extortion and kidnapping counts stemmed from allegations that Kefecho demanded money from the families of those held captive, in exchange for their release.

The case against Kefecho has been postponed to October 25 for further investigation.

Fifty kidnapped Ethiopian nationals were rescued on Thursday night after an intelligence operation led to a house in Zakariyya Park near Lenasia, ...
News
3 months ago

A shootout earlier in October that lasted five hours and left eight people dead is the latest in a string of clashes between police, private mine ...
News
3 months ago