Why will children between 12 and 17 only be given one dose of the Covid-19 vaccine? 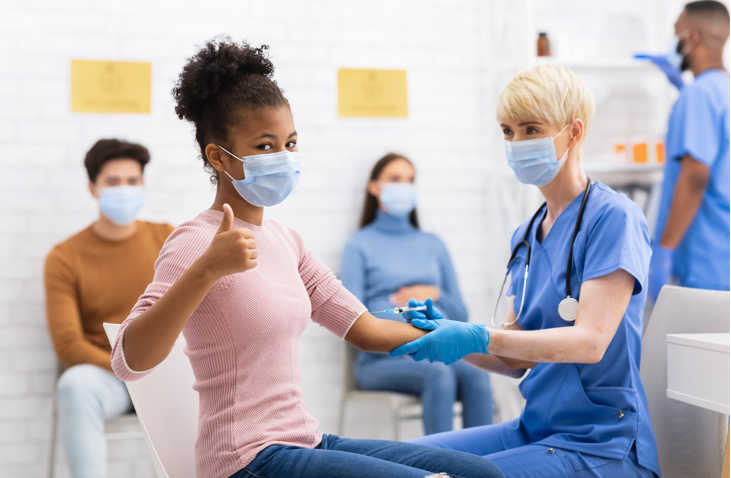 As children between the ages of 12 and 17 gear up to join the Covid-19 vaccine queue from Wednesday, some have questioned why they will only be given a single dose of the vaccine.

Citizens who are 18 or older have a choice of getting the Johnson and Johnson single-dose vaccine or the double-dose Pfizer vaccine. Health minister Joe Phaahla said young people aged 12-17 years will get one dose of the Pfizer vaccine.

He said the decision was made after consultation with health experts and bodies, and on the recommendation of the Vaccine Ministerial Advisory Committee (VMAC) supported by health MECs and the cabinet.

A single dose will be given because it is safest, while experts study reports of chest pains and temporary heart inflammation from mostly males in this age group who got the second jab, he said.

“The Pfizer vaccine has been approved by Sahpra (SA Health Products Regulatory Authority) for this age group and will be used for this purpose.

“The VMAC advised that for now we only give one dose while assessing information which suggests that in a few cases there has been short-lived cases of transient myocarditis after two doses.”

Phaahla added that an announcement would be made in the future on if and when a second jab would be administered.

“The timing of the second dose will be informed by further information on this rarely observed side effect which has no permanent risk.”

Children between 12 and 17 in the US have been receiving the vaccine for several months and “the vaccine is very effective in this age group, and the vast majority of kids experience mild side effects, if any (the same sore arm or mild flu-like symptoms seen among adults who get the shot).”

The Centers for Disease Control and Prevention (CDC) did however note reports of mild chest pain or possible heart inflammation in a small percentage of teens and young adults soon after getting the vaccine.

It found dizziness and nausea were among the most common side effects, but were found in less than 28% of cases.

Five important things you need to know about the e-certificates.
News
3 months ago

Is it safe to use a communal hand sanitiser?

Hand sanitisers have become popular globally since the start of the Covid-19 pandemic last year.
News
3 months ago

I’ve had my jab, so why haven’t I received my Covid-19 vaccination code?

The Gauteng health department says people who have not received their vaccination code via SMS should confirm their details with the online ...
News
3 months ago

Is it Covid-19 or just a bad hangover?

The surest way to know if you’ve got Covid-19 or a just a bad hangover after a night out is by taking a Covid-19 test.
News
3 months ago