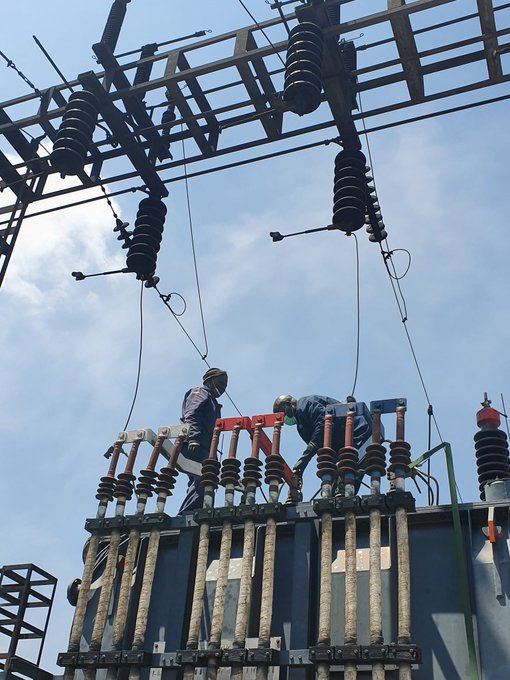 City Power teams are working on the Robertsham substation after a fire on Monday.
Image: City Power via Twitter

City Power says it has restored electricity to four areas after the Robertsham substation fire on Monday evening.

Multiple suburbs were affected and many residents said they still do not have power.

On Twitter, City Power asked those affected by the Robertsham outage not to log calls as technicians are still working on the burnt substation.

The entity said technicians would remain on site and continue working until power had been restored to every affected suburb.

“Our team on site has completed testing transformers that were not damaged by the fire and are satisfied the transformers can be re-energised and used to connect customers’ electricity supply.

“The team is installing the insulators and interconnecting cables and plans to complete the work some time tonight.”

City Power said it was “convinced” all customers would have power on Wednesday night or Thursday morning.

An investigation into the cause of the fire is under way.

Several suburbs in southern Joburg without electricity after blaze

Several areas in the south of Johannesburg will remain without power until substation repairs and replacement work are completed.
News
1 month ago

A Gauteng-based construction company has agreed to pay a R300,000 penalty after being investigated by the Competition Commission for allegedly ...
News
1 month ago