‘I would tell them to f**k off’: Restaurant owner pushes back after taking flak for vaccine stance 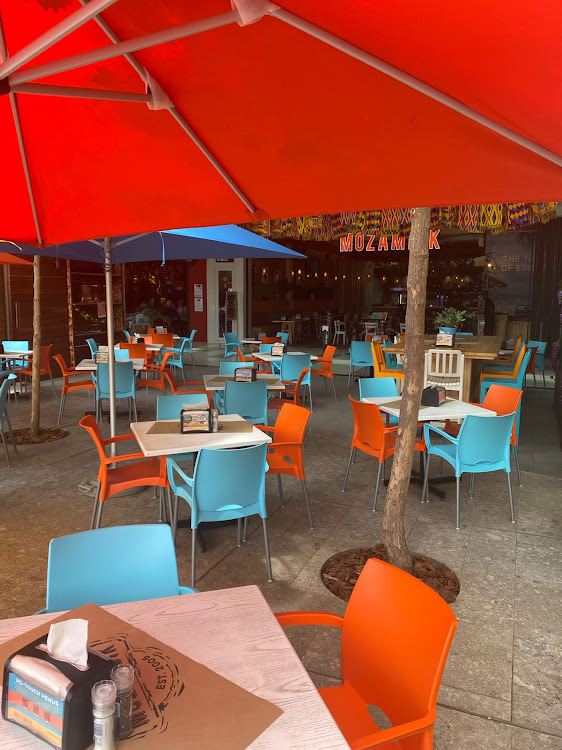 When Angelo Zachariades, the owner of Mozambik in Menlyn Mall, Pretoria, tweeted his pride that all his staff members had been vaccinated against Covid-19, he couldn’t have imagined some would call for his restaurant to be boycotted.

Although there was praise, the anti-vax movement quickly seized upon his tweet, sent on Friday, and launched their attacks.

“I am very, very proud to say that as of today every single employee at our restaurant is fully vaccinated and has their vaccine certificates downloaded on their phones. We didn’t have a single issue and the whole process was approached in a mature, rational manner by all,” he said in the October 15 tweet.

Actor Brandon Auret, most famous for playing Leon du Plessis in the SABC3 soap Isidingo, was among the first to respond.

“What restaurant so we can avoid it?” he tweeted.

TimesLIVE reached out to Auret, but had not received a response by Tuesday night.

What restaurant so we can avoid it?? https://t.co/TnQLf5jJNV

Speaking to TimesLIVE, Zachariades was at pains to state the tweet came from his personal Twitter account and that he was in no way speaking on behalf of the restaurant franchise.

“That was not a call to arms. I am not demanding that everybody get vaccinated. It was merely a statement of pride. I did not demand my staff get vaccinated, but I did encourage them. Many had questions so we got people in from the health department to answer them.

“Then I received the most incredible response from the anti-vaxxers. It’s bizarre. Why boycott us?”

Zachariades said the word “freedom” was frequently mentioned in the anti-vax tweets.

“But it seems freedom is only important as long as it is their interpretation of freedom,” he said.

“Our rights come with responsibilities. We have the right to drive a car, but we can’t just speed along. We have a responsibility not to endanger others.”

Some tweets sent to Zachariades received flavoured language in response as the restaurateur clapped back.

He admitted to using the language and said he stands by every word he used.

“I believe what you say online must be the same as what you would say in person. I would tell them all to f**k off,” he said.

Zachariades said his aggressive attitude came from the hardships he went through as a restaurateur in the wake of the pandemic.

Work on the restaurant began in September 2019 and the restaurant was set to open in April 2020. But it was “moth-balled” before it opened thanks to the lockdown.

In November the restaurant could open, but then the December ban on alcohol sales and a stricter curfew were introduced in response to the second wave of infections.

The spread of Covid-19 among children in England is fuelling a recent rise in cases nationally and causing concern among some scientists that ...
News
1 month ago

Zachariades said in the context of dining out, alcohol was an important part of the experience. Without the ability to drink, he said, many customers stayed at home, and with the 9pm curfew, meaning restaurants closed at 8pm, people would rather not come out if they had to leave at 8pm.

“Everything’s hanging on by a thread and we have the solution to fix it,” he said, referring to the vaccines.

“Another alcohol ban and we wouldn’t survive. That’s how close to edge we are. A fourth wave would end the business.

"Personally, my position on vaccines is immaterial. We don’t ask customers their [vaccination] status. Customers come in and take their masks off. For their safety and ours, our employees keep their masks on.”

Another reason the restaurateur was so aggressive on social media was that he has experienced hate from anti-vaxxers before.

Last year, Zachariades tweeted that he lived with his 92-year-old mother and would not let his sister visit because she refused to vaccinate.

He said a well-known cartoonist with a large audience retweeted him and within a day the hate mail began.

A lawyer has criticised the health department for saying children over 12 did not need their parents' consent to get the Covid-19 vaccine.
News
1 month ago

“I had 800 accounts attacking me for being pro-vax. I responded when it was pushed too far. People were using pictures of my family and looking at years-old tweets and using them without context.

“If have been aggressive it is in response to bullies online. I’m pro-accountability. These people hide behind fake profiles and say what they wouldn’t in public. I regret nothing I said.”

He said what got lost among all the hate was the “incredible overwhelming support” he received. He said one out of every 22 tweets was negative.

“A table was booked with us to show their support. Then a South African living in London asked me to provide our PayPal so he could buy them a round of drinks.

“Like much else, what happens on Twitter is not a reflection of real life. People are coming to the restaurant despite the negativity. And in real life, people swear,” he said.

He said the only way to keep his and other businesses alive was for people to get vaccinated to lessen the load on hospitals, which would prevent another lockdown.

“As an individual I am pro-vax. As a businessman, we came close to closing three times in the last 18 months.”

IN PICTURES | Restaurants are limping, says industry as it hits the streets in protest

The restaurant industry took to the streets on Wednesday to compel the government to allow alcohol sales for licensed sit-down restaurants.
News
1 year ago

Mozambik franchise owner Brett Michielin said it was up to every owner to decide their own rules. He said some restaurant owners were contemplating having all their staff vaccinated and others were encouraging staff vaccinations.

“I’m vaccinated. I believe in it, but I also want to keep my staff safe. My oldest employee is 78 and there are people in their 70s in our family who I want to keep safe.

“As far as I’m concerned, everyone must do what they have to do — but another lockdown means...” Michielin broke off.

“I broke down during the first lockdown. My staff asked me about their jobs and I couldn’t answer them. I never want to experience that again in my life. Lockdown did more damage mentally than the actual virus.”

He said he has been able to keep all his staff.

He said Mozambik went into lockdown debt-free, “a saving grace, but we quickly figured out what an overdraft was.

“We’ve had massive support from customers and as a group we are up 28% [pre-coronavirus] and 54% since last year.”

Passenger figures in SA for the year fell by 78%.
News
1 month ago