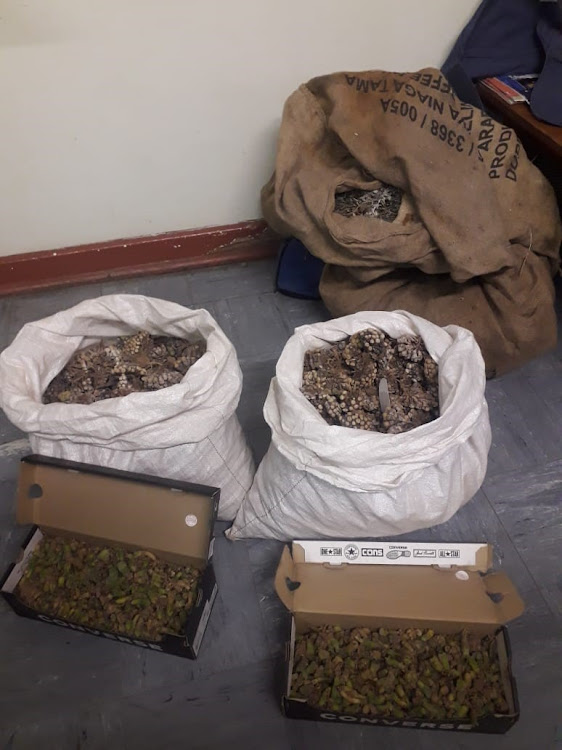 Some of the endangered plants recovered from suspects arrested in the Western Cape.
Image: Supplied

A joint operation between the police's stock theft and endangered species unit and CapeNature resulted in the arrests of five people in the Western Cape on Thursday for possession of endangered plants without the necessary documentation.

Police spokesperson Sgt Luqmaan Adams said the suspects, aged between 25 and 34, were found in possession of more than 5,600 plants.

“The suspects were arrested after they were stopped and searched on the N7 close to Vanrhynsdorp,” said Adams.

“Three bags with a total of 5,697 succulent conophytum plants and two bags containing herbs were found in the vehicle.

“Once charged, the suspects will appear in the Malmesbury magistrate’s court.”

Buzz off with your bylaw, beekeepers tell Cape Town

A man walks into a bar with a leopard: Lax laws allow deadly predators to be kept at home

Environmentalists say Gauteng is the worst when it comes to the ownership of pet wildlife, especially tigers, with the East Rand and Johannesburg ...
News
7 months ago