'There is nothing much I can say, I am a prisoner': Zuma after laying charge against prosecutor Billy Downer 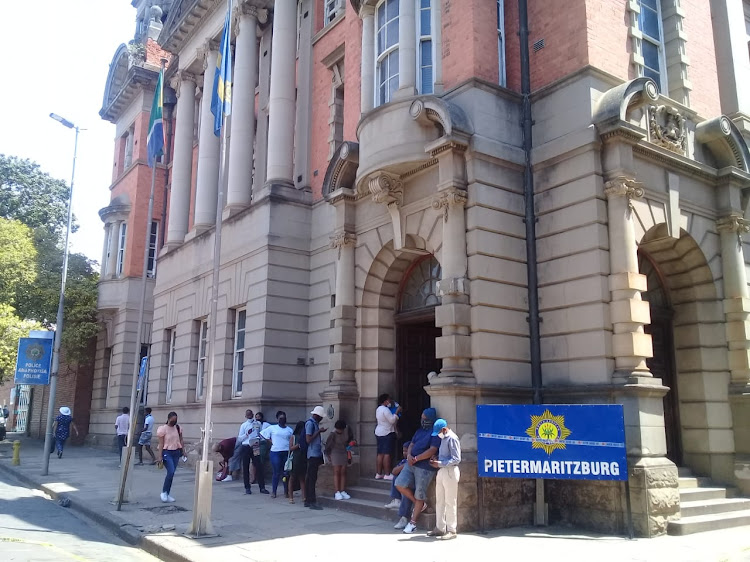 Zuma filed the charges at the Pietermaritzburg police station where a few supporters had gathered on Thursday afternoon. However, he did not address them or journalists as expected.

“I leave you in the capable hands of Mzwanele Manyi, who will share with you the contents of what we have come here for. You are all familiar with him. You can now bond. We were here to open a case against the state advocate. There is nothing much I can say to you. I am a prisoner,” he said before leaving.

Zuma is on medical parole.

Speaking outside the police station, his foundation's spokesperson Manyi denied that the timing of the charges had anything to do with the proceedings set for October 26 or that it was a delaying tactic.

“Let it be clear. This is not a pre-emptive strike. What we have here is an irregularity. This is an independent case,” he said.

Mzwanele Manyi, spokesperson for the JG Zuma Foundation told TimesLIVE Zuma will lay the charges at the Pietermaritzburg police station on Thursday.
Politics
3 months ago

Manyi said Zuma was forced to lay the charges as he did not get feedback on his complaint of criminal interference made to President Cyril Ramaphosa.

On Tuesday Pietermaritzburg high court judge Piet Koen is expected to rule on Zuma's special plea, which is calling for the removal of lead prosecutor Downer.

Zuma believes that if his application to remove Downer is successful, he should be acquitted.

Manyi said the charges Zuma laid against Downer on Thursday were serious and that the prosecutor was facing a 15-year jail sentence if found guilty.

Manyi said Zuma laid three charges against Downer after he discovered that the prosecutor had leaked his medical records to a journalist.

Former president Jacob Zuma arrives at the Pietermaritzburg central police station to much excitement and ululation. He is expected to lay a criminal charge against state prosecutor Billy Downer. @TimesLIVE
🎥: Mfundo Mkhize pic.twitter.com/MlTxWCw797

“We understand these charges relate to alleged breach of section 41(6) of the NPA Act which prohibits disclosing of information without the permission of the national director. The NPA is committed to upholding due process and the rule of law and will assess the merits of the charges in an objective manner.

“We also note that these charges are laid while the matter is subject to judicial determination by the high court in Pietermaritzburg and judgment is expected to be delivered on October 26. While the law must be allowed to follow its course, the NPA is concerned about the context within which these charges have been laid, and the timing in light of the pending judgment of the high court,” he said.

Mhaga said Downer was a highly respected prosecutor “who has carried himself with integrity throughout his career in the NPA”.

“His reputation speaks for itself. All NPA prosecutors are required to act without fear or favour and should feel confident to deliver on their mandates without fear of intimidation. However, we will allow the director of public prosecutions in KwaZulu-Natal to deal with the matter as and when she receives the case docket from the police,” he said.

TimesLIVE readers have shared their thoughts about Jacob Zuma’s parole after he was spotted at Sibaya Casino in Durban, saying the former president ...
News
3 months ago

Meanwhile, speaking outside the police station on Thursday, radical economic transformation champion Nkosentsha Shezi said he was hopeful that Tuesday's judgment would be in Zuma's favour.

“However, the environment in which any court proceedings involving former president Jacob Zuma has been poisoned by a somewhat unfair legal system that is pre-empted or preconceived.”

He denied that Zuma bringing charges against Downer was a desperate act to delay the criminal proceedings against him.

“When any malfeasance or injustice has been served, it deserves to be brought to book. Former president Jacob Zuma is well within his right to do this and it vindicates our position that no court in SA can fairly bring justice for president Zuma. We have seen it in the past in the Constitutional Court which broke its own rules to tarnish and punish him.

“Hopefully one day justice will prevail and our president, Jacob Zuma, will be a free man to rise and fix the mess that this administration of the African National Congress has plunged our country into.”

"Fact, you can't rescue both President Ramaphosa and the ANC at the same time, one has to go. You choose," said Duduzile Zuma-Sambudla.
Politics
3 months ago