‘Blatantly dishonest’ lawyer gets go-ahead to practise as attorney 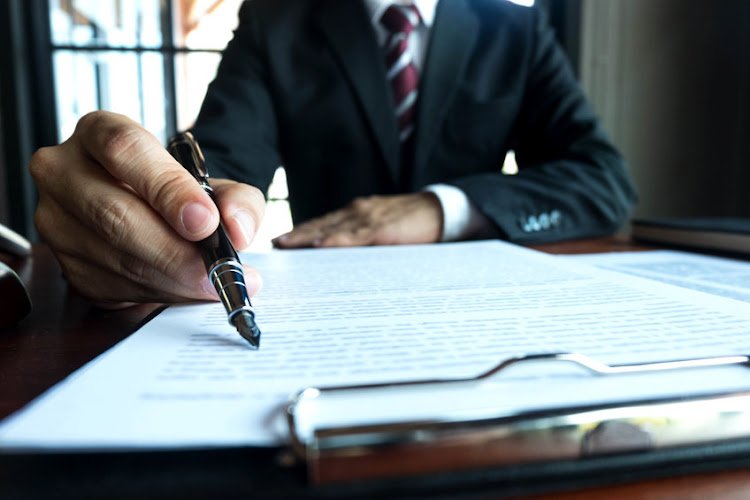 Frederik Slabbert has been given a 'last chance to be on the straight and narrow' as an attorney.
Image: 123rf/tanasin

It'll be third time lucky for a lawyer who has previously been suspended and struck off for failing to keep proper accounts.

In spite of opposition from the Legal Practice Council, the Free State High Court has given Frederik Slabbert permission to re-enrol as an attorney.

Judge Mapina Mathebula said Slabbert, 57, “is a recidivist when it comes to the conduct of the attorney’s practice”. But he said he deserved “a last chance ... to be on the straight and narrow”.

This was because Slabbert had satisfied the court that he will no longer pose any danger to the legal profession or the public, said Mathebula.

“In his founding affidavit, [he] frankly discusses his flawed character outlining the reasons for his transgression as defect in character, lack of integrity, attitude and blatant dishonesty,” said the judge.

Slabbert provided “favourable” reports by a psychiatrist and psychologist and endorsements from two attorneys, and Mathebula said he had completed Legal Practice Council courses about risk mitigation.

“He has also entered into an agreement to compensate the Legal Practitioners Fund for the expenses incurred in previous applications against him,” said the judge.

Attorney struck off roll for 'scandalous swindle' of accident victims

'For an officer of the court to become embroiled in such a swindle is scandalous to say the least,' judge Patrick Gamble said on Monday.
News
2 months ago

Slabbert was admitted as an attorney of the Free State High Court in 1991 and suspended in 1996 for failing to submit an unqualified audit report and practising without a Fidelity Fund Certificate.

His suspension was lifted in 2002 but he was struck off the roll of attorneys in 2013 for failing to keep proper accounting records.

He failed to be admitted as an advocate in 2017, and withdrew an application to be re-enrolled as an attorney the following year.

The Legal Practice Council then set out conditions Slabbert would have to meet before he won its support for re-enrolment.

“It is common cause that he complied and was informed by the [council] that the disciplinary oversight committee has passed a resolution to the effect that the application will not be opposed,” said Mathebula.

“Despite the assurance, somehow the council ... decided to override the aforementioned committee and proceeded to oppose it.”

Criticising the council for “stringing Slabbert along” and for setting requirements it did not honour, Mathebula said it must pay its own costs.

Attorney who swore 16 times at judge in court faces suspension

Lawyer who unleashed ‘wave of insults’ finds himself washed up

He has character defects that make him unsuitable for his job, high court rules as it strikes him off roll of attorneys
News
1 year ago

A former attorney who allegedly took R6m worth of Road Accident Fund payouts meant for his clients has appeared in court on theft charges.
News
1 year ago