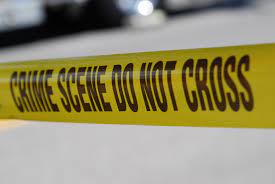 Taxi drivers responded to a woman's cries for help and managed to apprehend her alleged hijacker and recover her car.
Image: Supplied

Taxi drivers who came to the aid of a screaming woman at the Faraday taxi rank in Johannesburg on Sunday managed to catch her alleged hijacker.

Police spokesperson Capt Xoli Mbele said the 26-year-old suspect was arrested by police after he was found in possession of the woman’s hijacked car.

He said two men hijacked a 38-year-old woman at gunpoint in Eloff Extension Street in the Joburg CBD. They jumped into her car and drove off with her.

“They dropped her off at the Faraday taxi rank where the victim screamed for help and taxi drivers came to her rescue. They apprehended one suspect and the vehicle was recovered,” Mbele said.

He said the suspect will appear in the Johannesburg magistrate's court on Monday.

The National Taxi Alliance (NTA) says the law must take its course with 14 taxi association members who were arrested on Wednesday by traffic ...
News
3 months ago

Vaccinating taxi drivers will help the industry back on its feet: Santaco

Santaco spokesperson Thabisho Molelekwa said taxi drivers are at a higher risk of contracting and spreading Covid-19.
News
3 months ago

The family of the late EFF election candidate Thulani Shangase, who was gunned down in Herwood, just outside Pietermaritzburg on Sunday, want to meet ...
Politics
2 months ago