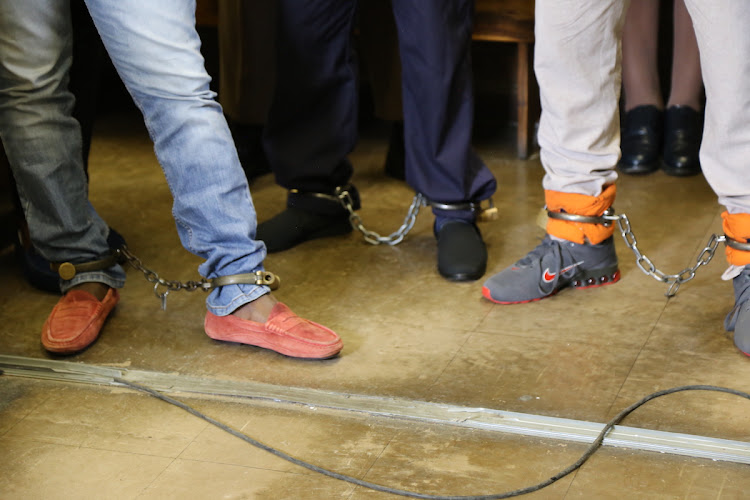 Monday’s hearing of the five men accused of the 2014 murder of Orlando Pirates and Bafana Bafana captain Senzo Meyiwa was likely to focus on setting a formal start date for the trial, said Chanté Kelder, spokesperson for AfriForum which is representing the Meyiwa family in the investigation and trial.

“We expect nothing particularly exciting to happen tomorrow,” she said.

The suspects are due to appear in the Johannesburg high court, sitting in the Palm Ridge magistrate's court, for pretrial proceedings in the case.

The five accused are:

* Muzikawulahlelwa Sibiya, 35, of Thembisa, Gauteng, who is accused number one.

* Mthobisi Mncube, 37, of Nongoma, KwaZulu-Natal. Mncube refused to enter the dock during a hearing at the Boksburg magistrate's court on October 27 2020. “I will not enter the accused dock as I did not kill Senzo Meyiwa,” he said.

* Mthokosizi Maphisa, 36  from KwaZulu-Natal. During proceedings in the Boksburg magistrate’s court on October 27 2020, Maphisa — who is accused number four — claimed that the people who should be in court are not present because they have money.

* Sifisokuhle Ntuli, 35, from KwaZulu-Natal. Ntuli is the only one of the accused being represented by legal counsel. The other suspects are defending themselves. 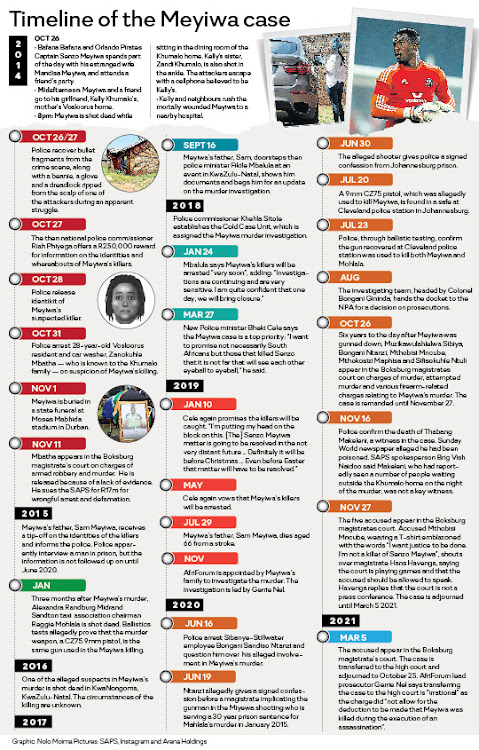 A timeline of the Senzo Miyewa investigation.
Image: Nolo Moima

The suspects — all of whom are currently serving jail sentences for other crimes — are charged with murder, robbery with aggravating circumstances, attempted murder and being in possession of an unlicensed firearm and ammunition.

One of the accused is serving a 30-year sentence for the 2015 murder of Alexandra Randburg Midrand Sandton taxi  association chairperson Reggie Mohlala. The weapon used is allegedly the same CZ75 9mm pistol used in Meyiwa’s murder.

"I spoke to Senzo Meyiwa the day he was killed," claimed Nota.
TshisaLIVE
8 months ago

A notorious 32-year-old KwaZulu-Natal hitman, who has been implicated in the murder of former Bafana Bafana captain Senzo Meyiwa, has been convicted ...
News
8 months ago

Musician Kelly Khumalo has broken her silence over the latest developments in the murder case of her late boyfriend and Bafana Bafana captain Senzo ...
TshisaLIVE
1 year ago