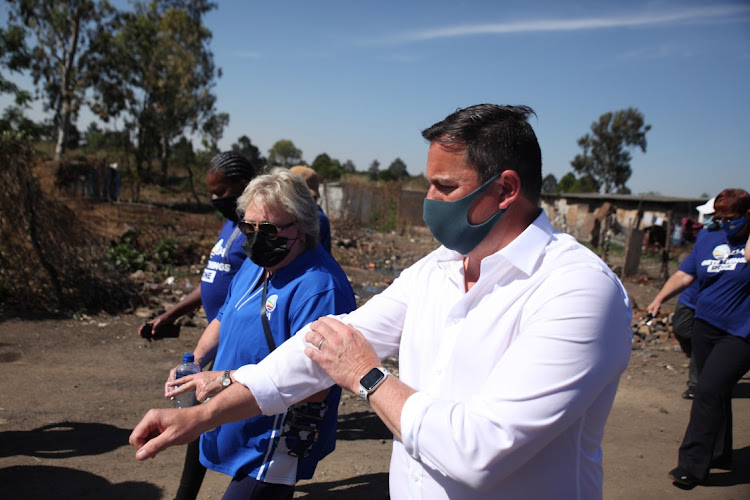 DA leader John Steenhuisen says load-shedding does more than leave South Africans in the dark, it results in job losses.

Speaking on the campaign trail in Roodepan in the Northern Cape on Tuesday, Steenhuisen said the ANC has for years failed to deliver on their promises to deliver services.

His message came amid ongoing power cuts by Eskom. The power utility has been implementing rotational stage 2 load-shedding since last Friday and will continue until Saturday.

It said it anticipates returning Koeberg Unit 1 and five other stations to service during the weekend.

“It’s not load-shedding, it is job-shedding because when the lights go out and the electricity stops, the factories close, the shops close and jobs close. Don’t let them tell you it is load-shedding, it’s job-shedding,” said Steenhuisen, pledging to take away the ANC's power and deliver services in the area after the November 1 elections.

As election day nears, Eskom COO Jan Oberholzer told a media briefing earlier this week he expects the power utility to have enough generation capacity on Monday, when South Africans go to the polls.

He said the power utility is working with the Electoral Commission to ensure there aren't disruptions to the vote-counting process.

“We have emergency generators available which will assist wherever we can. We are extremely committed as Eskom to making sure there are no electricity challenges going through the elections,” he said.

Is the ANC to blame for the ‘jobs bloodbath’?

What you said: John Steenhuisen should be ‘cancelled’ after controversial Gareth Cliff interview

DA leader John Steenhuisen should be "cancelled" after his appearance on media personality Gareth Cliff's 'The Burning Platform' show, a TimesLIVE ...
Politics
6 months ago

DA leader John Steenhuisen has responded to criticism about him 'smirking' on Gareth Cliff’s show, saying SA is starting to hit a 'new low'.
Politics
6 months ago

Free speech is all very well, but SA voters have the right and duty to call out bullying, sexism and racism
Opinion & Analysis
6 months ago