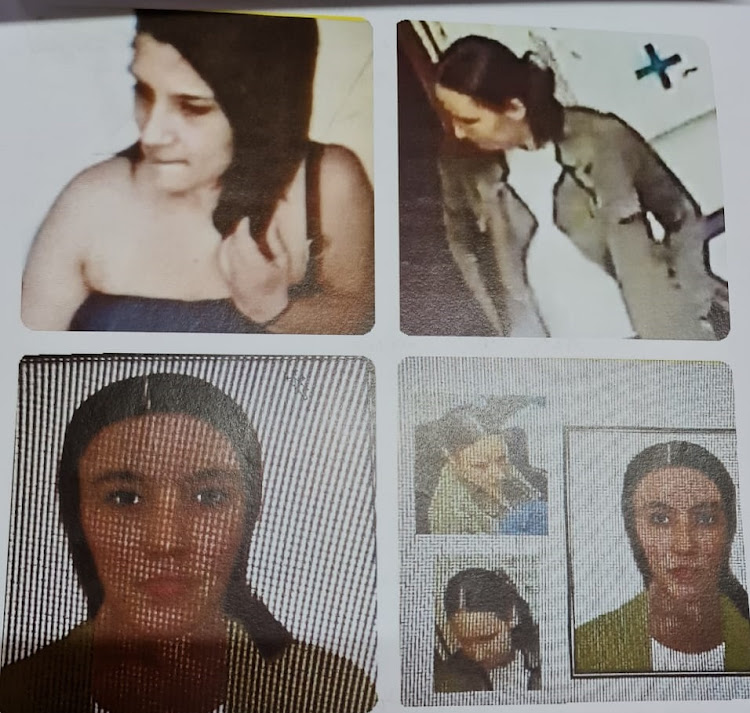 The team of investigators interviewed all the witnesses and staff at the animal hospital and were able to construct a face sketch recognition for Linda Venter.
Image: Supplied

The woman jailed this week for the robbery and fatal shooting of a veterinarian in Pretoria Moot was in a romantic relationship with one of the alleged kingpins of a syndicate which committed a series of business robberies across Gauteng.

Linda Samantha Carolina Venter, 29, from Roodepoort on the West Rand, was sentenced to 30 years’ imprisonment for the murder-robbery of the veterinarian and 10 years each for four business robberies in the Johannesburg high court on Monday. The 10-year sentences will run concurrently, effectively meaning she was sentenced to 40 years’ imprisonment.

Her accomplices have not yet been apprehended.

Venter was used as bait when the gang robbed small businesses including veterinarians in Gauteng, Koekemoer said.

“She pretended to be a vulnerable woman asking for a gate or a door to be opened. Or [she would] say she wanted assistance with her dog. She would enter under false pretences and then let the rest of the perpetrators in. They would then hold everyone at gunpoint and take small things like cellphones and petty cash or anything they could get their hands on,” he said.

A sentence of 40 years direct imprisonment handed down to one of three suspects for business robbery and the fatal shooting of a veterinarian in ...
News
2 months ago

In January 2019, the gang struck at the Jacaranda Animal Hospital. Venter assisted two men who stormed into the practice, where they held up the staff and a customer and then robbed them of equipment and personal belongings.

Dr Freddie Malan, the owner of the hospital, was shot and killed during the business robbery.

Shortly after the incident, Mike Bolhuis and his team were roped into the investigation.

Koekemoer said the team interviewed all the witnesses and staff at the facility and were able to construct a face sketch recognition for Venter.

Detectives from the Pretoria Moot trio task team, under the leadership of W/O Dennis Motlhaoleng, were also assigned to investigate the case. The team established that their respective cases had a similar modus operandi.

In August that same year, a gang of 16, including a woman, committed a robbery at Jet Park in Boksburg on the East Rand.

Police spokesperson Col Mavela Masondo said the group arrived in two trucks and held up the security guards at gunpoint. They ordered the employees to load boxes of chocolates into the trucks. He said they also stole the cellphones of employees and fled.

After this robbery, the team was able to positively identify Venter through the CCTV footage, Koekemoer said.

“We saw that her face recognition sketch was a match and we alerted the authorities.”

Venter was arrested in September 2019. Koekemoer said Venter had been pregnant while she was in custody. “While she was in prison she gave birth to a child but we don’t know where the child is at this moment.”

Bolhuis said it was a “unique case”.

“It was where a woman was the head of a gang. They started off very small and eventually grew to a gang of over 30. They sowed havoc for a year or two before she was eventually arrested,” he said.

“If it wasn’t for the CCTV footage when they robbed the chocolate factory, we would probably never have found her.”

Gauteng police have launched a manhunt for a gang of 16, including a woman, who were involved in a business robbery at Jet Park in Boksburg on the ...
News
2 years ago

A woman who was allegedly involved in a business robbery with 15 others at Jet Park in Boksburg, on the East Rand, has been arrested
News
2 years ago

Mamelodi West residents say the area is being held to ransom by gangsters.
News
2 months ago