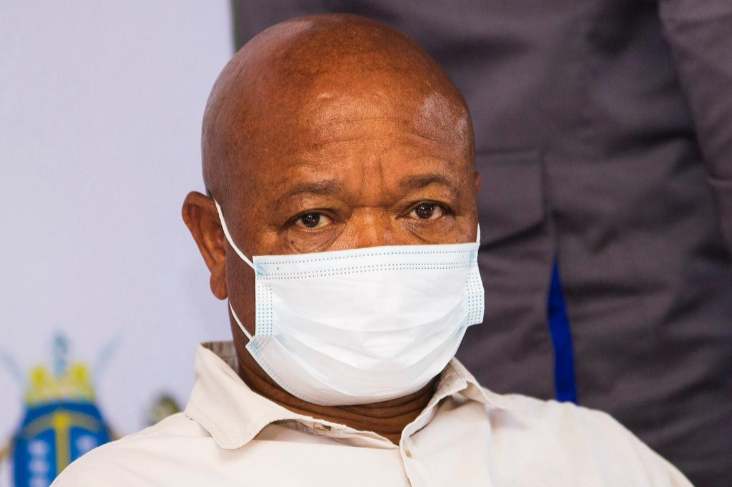 Water and sanitation minister Senzo Mchunu during a meeting with Hammanskraal residents over their water woes on Friday.
Image: Supplied

The pipe would be installed urgently, he said, and would predominantly supply the Themba area of Hammanskraal.

“It’s going to cost about R500m and I want it to start, like, yesterday. Very soon. I was hoping that by the time I came here the officials would have finalised the plan,” he said.

He said construction will start early next year and there would be feedback given timeously.

On Friday, Mchunu and Gauteng premier David Makhura went on an outreach programme to address water and sanitation challenges in the area, where residents have long complained about a lack of water. The water they do receive, many complained, was dirty.

The SA Human Rights Commission (SAHRC) has previously said the water was not fit for human consumption.

Residents have battled to access clean and potable water for more than a decade, with two reports earlier this year deeming water in the area unfit ...
News
8 months ago

Mchunu said the government was also going to look for ways to intervene in the completion of the Rooival wastewater treatment plant.

During the City of Tshwane budget speech, mayor Randall Williams said phase 1 of the plant’s upgrade would cost R124m.

Mchunu said his department would seek advice from its legal officials with regard to the recommendation by the SAHRC that it take over the responsibility of resolving water and sanitation services in Hammanskraal from the Tshwane council.

“We are going to finalise whatever legal advice we get, and I don’t see any problem with the direction the SAHRC has taken because it is not theory that people are being given dirty water. We confirmed it. It’s a reality,” he said.

Even though there was still no clean water in the area, most residents complained about bills that continue to increase.

Another expressed her shock about how the city kept harassing her to pay the bill.

“The bills are shocking us. The water is dirty and turns green. We have a lot of bills. Tshwane is threatening us,” she said.

Failing wastewater treatment works and the consequent pollution of SA's water resources is "dire and widespread" and should be declared a national ...
News
8 months ago

Mchunu promised to look into the allegedly erratic billing system once the department has addressed the quality of water in the area.

Mchunu told residents the department would work closely with the Gauteng government and invoke sections 139(7) of the constitution and 63 of the National Water Act to fast-track the process of supplying clean drinking water.

He also undertook to bring to an end the corruption involving water tanker drivers who sell water that was supposed to be delivered for free.

The SAHRC also made reference to possible civil claims over the poor quality of the water, something Mchunu said he was worried about.

“Those matters are sensitive. We would worry about that. We are not a government that has a lot of money. We have a depleted fiscus but we have high demand on the fiscus via various things, and most of them are basic services to the community. We may need to engage around that particular matter,” he said.

On the issue of the Roodeplaat Dam, Mchunu said the city had indicated it would take two years to complete.

“I am looking for a submission from our officials to say this 62% of work completed on the dam, what does it entail in reality, in terms of money and in terms of the timeframe. How do we shorten it and we will intervene.”

Trust in local municipalities to deliver basic services has dropped to a five-year low, as measured against the latest SA Citizen Satisfaction Index, ...
News
8 months ago

‘We are scared’: water woes make town’s people realise the power of vote

Tshwane shut down Bronkhorstspruit pump station after heavy rains, the latest in a long series of supply troubles
News
8 months ago