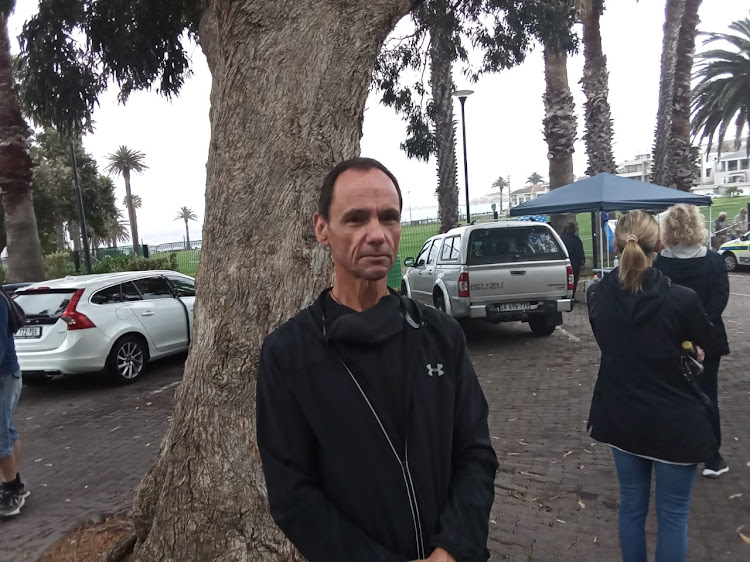 Camps Bay resident Duncan Werner said he does not have service delivery issues but hopes his vote will help improve the economy.
Image: Philani Nombembe

The municipal elections have revealed how dissimilar the needs of Capetonians are.

Camps Bay resident Duncan Werner, 61, who was in the queue at Camps Bay Sports Club at 8am on Monday to cast his vote, said his biggest concern is the frail economy.

“I am not so worried about what happens in the community,” he said.

“I am more concerned about the country as a whole because the economy is in the toilet.

“The country needs stability and jobs and an economy that works. That is my primary concern and what we do here is what counts in the bigger scheme of things.”

He said refuse collection, roads and safe drinking water were the least of his worries.

“Those are not first and foremost in my mind,” he said.

“The bigger issue is what happens in the country because at the end of the day if the status quo remains, who knows where we will end up?

“So let’s get past these elections and then we worry about the next ones.”

Residents of Clifton. including those from “SA’s most expensive street”, Nettleton Road, cast their votes at the same voting station as Werner. Homes in this street sell for up to R175.5m.

Nettleton Road was quiet early on Monday, with a few Ferraris and other luxury vehicles parked outside homes fitted with countless cameras trained on the road. The homes have sweeping sea views. 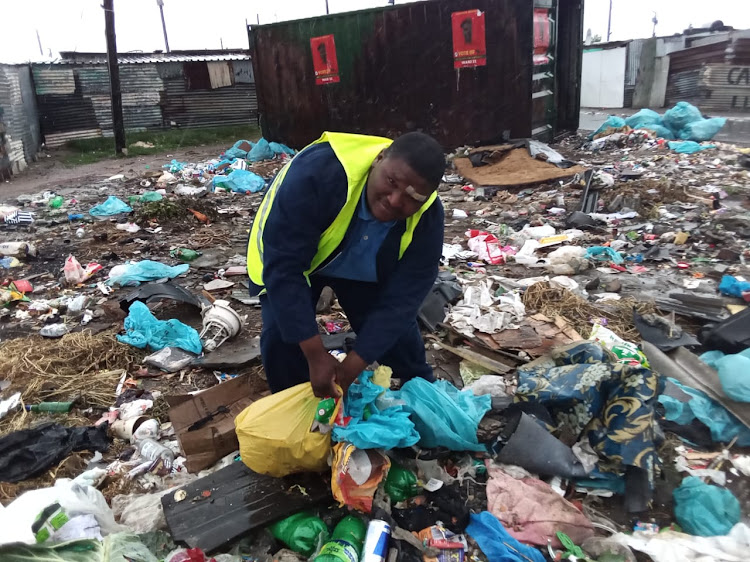 Thulane Jabe from Sweet Farm, Philippi, said he hopes his vote will help to fix major problems in the community.
Image: Philani Nombembe

Half an hour’s drive from Camps Bay is Sweet Farm, an informal settlement in Philippi, where Thulani Jabe, 35, had cast his vote at a crèche surrounded by refuse and shacks.

Jabe said he hoped his vote will change his circumstances and those of his neighbours.

“We live in these filthy conditions, and as a result rats are terrorising us,” he said.

“When it rains, our homes became unbearable. There are no tangible job opportunities for the community except for refuse collection. We hope our youth will be given bursaries to study so our lives can improve.”

Jabe said he has been living in the informal settlement for 15 years, during which time nothing had changed.

“Politicians beg us to go out and vote every time there is an election. We attach a lot of hope to our votes. The authorities built plastic shelters and they said are temporary homes. They also leak terribly when it rains.

“I am disillusioned but I realised that sitting at home and not voting does not solve anything.

“We are hoping the person who will be elected ward councillor will fix the sanitation problems here, ensure refuse is collected, provide housing, fight crime and fix the roads.”

After the elections on Monday parties are likely to have to run many municipalities as part of a coalition, but they must do so in a way that puts ...
Opinion & Analysis
6 months ago

Democracy deficit grows between voters and a process they don't value

Corruption and an erosion of trust are cutting into the electorate's interest in elections -- but the ballot box is not the only site of engagement ...
Opinion & Analysis
6 months ago

Elections 2021: From teens to 90s, no age barriers in upcoming poll

While his classmates are preparing for their final year of school next year, grade 11 pupil Joshua Chetty, 18, is gearing up to lead his community in ...
News
6 months ago