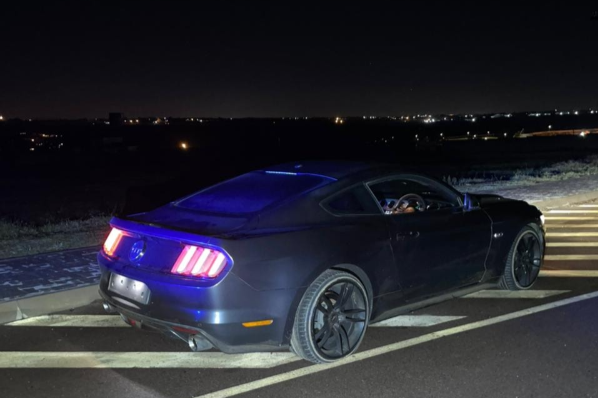 The vehicle had been stolen from a night club.
Image: Arrive Alive

A black Ford Mustang with no registration plates driving from a nightclub at high speed near Centurion was seized after a chase by metro cops.

Tshwane Metro Police Department officers were patrolling the R511 when the motorist sped past. Arrive Alive said they gave chase after the driver failed to stop.

The driver then abandoned the vehicle in the bushes and fled on foot.

The officers searched the car and found a firearm with an erased serial number.

The vehicle was towed and it was later discovered that it had just been stolen at the nightclub.

The suspect has not been traced.

The Asset Forfeiture Unit obtained a preservation of property order at the Durban high court on Friday for a Mercedes-Benz C300 Coupe belonging to ...
News
2 months ago

They told us ‘you’re going to die tonight’: Hijack victim speaks about her ordeal and rescue

Sasha Lee Naidoo, 29, spoke to TimesLIVE about the harrowing ordeal she, her family and partner went through last Friday night after they were ...
News
1 month ago

The Independent Police Investigative Directorate is probing the death of a suspected hijacker who died in a church yard in Gugulethu, Cape Town, ...
News
2 months ago