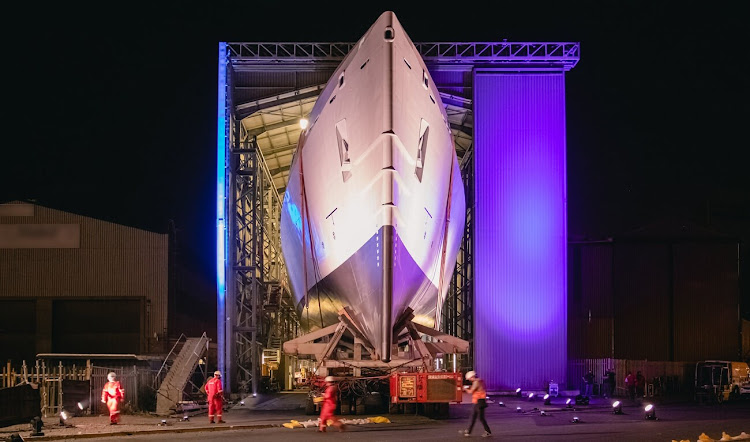 The three new vessels will help the SA Navy handle threats such as illegal trafficking and fishing.
Image: Damen Shipyards

These are the first locally built vessels for the navy since 1986, following the SAS Drakensburg and three warrior-class strike craft built in Durban. The keel laying ceremony for the last vessel under construction was held at Damen Shipyards in Cape Town on October 22.

“These ships are the Warrior Class in recognition of the warriors who led their people with great bravery to fight many battles in SA. They follow the heritage path of their predecessors,” said the military.

The SAS Sekhukhune is due to be delivered to the navy in the first quarter of next year. The crew has commenced with the training and familiarisation of the ship.

The ship yard said in March the vessels “will augment SA’s maritime security by enhancing the country’s capability to respond effectively, rapidly and cost-effectively to threats such as illegal trafficking and fishing”.

Messing around in a boat sale

Four military vessels that have outlived apartheid and state capture are being offered for sale by the defence force.
News
4 months ago

'I wanted to make a difference': SA woman comes top of her class at US Navy boot camp

Zenka Yodice from Amanzimtoti, KwaZulu-Natal, serves with the US Navy's Patrol Squadron Five, a high-tech maritime patrol and reconnaissance squadron ...
News
5 months ago