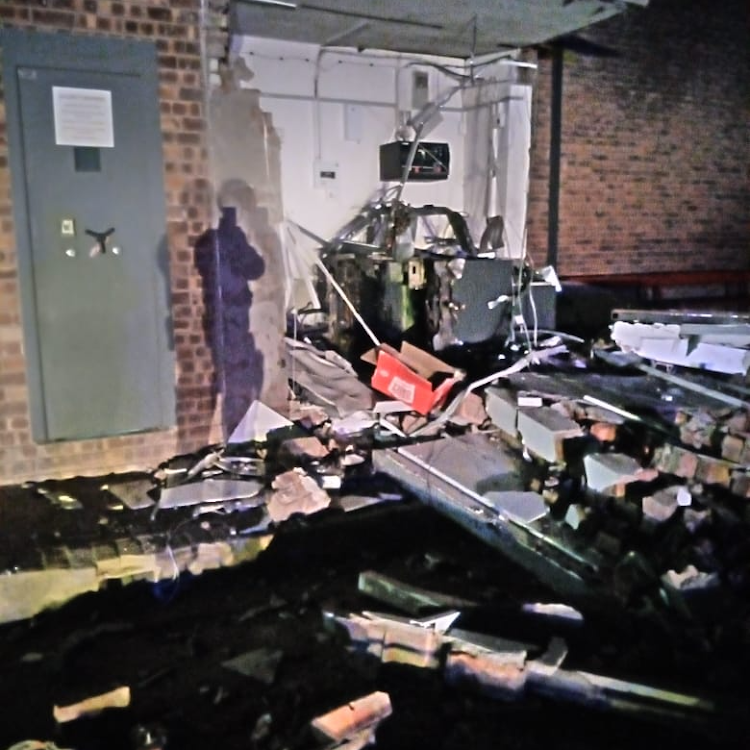 The police from Acornhoek are investigating a case of robbery following an ATM bombing incident on Wednesday.
Image: SAPS

Mpumalanga police have launched a manhunt for about 15 armed robbers after an ATM bombing in the early hours of Wednesday.

The police from Acornhoek are investigating a case of robbery after the incident that took place at about 2am at Acornhoek Old Complex near Bushbuckridge.

According to police reports, a security guard was on duty when he witnessed a group of about 15 armed suspects blow up an ATM.

“It is said that the suspects stole an undisclosed amount of cash before they fled the scene. Further information surfaced that the suspects got away in two vehicles, a Toyota Camry and a VW Golf,” said SAPS spokesperson in the province Brig Selvy Mohlala.

He said no arrests have been made.

“The SAPS urges anyone with information which can assist in the investigation or the whereabouts of the suspects to immediately contact Detective Lt-Col Albert Manzini at 0823189925. Alternatively, members of the public can call the Crime Stop number on 08600 10111 or send information via MYSAPSAPP. All information will be treated as confidential and callers may opt to remain anonymous,” he said.

Two security guards were shot dead during a business robbery in Springfield, Durban on Wednesday.
News
6 months ago

The Supreme Court of Appeal has found the parole board erred in its decision to release a repeat sex offender on parole when there was a ...
News
6 months ago

A security guard and a customer were shot and injured during an armed robbery at a jewellery store in the Menlyn Park Shopping Centre in Pretoria on ...
News
6 months ago