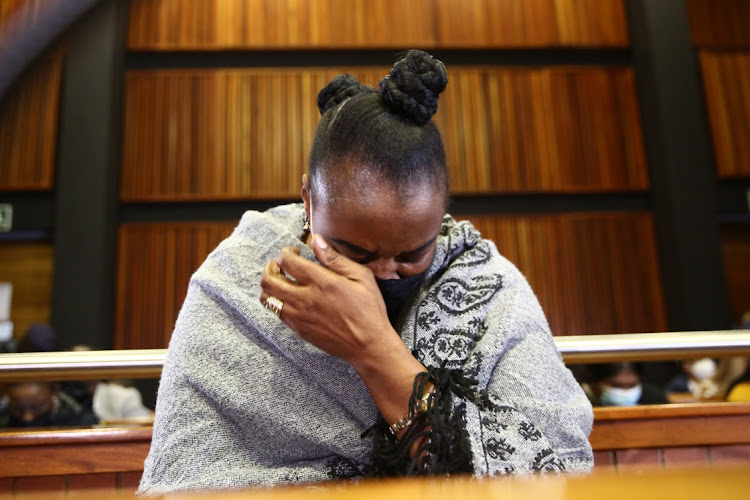 Convicted killer and former police officer, Nomia Rosemary Ndlovu, is expected back in the dock in the high court sitting in Palm Ridge.
Image: Thapelo Morebudi

Pre-sentencing proceedings of convicted cop Nomia Rosemary Ndlovu, who murdered her lover and five relatives, are set to get under way at the high court sitting in Palm Ridge on Friday.

The state is expected to call five witnesses who were close to those killed. They are to testify ahead of sentencing.

The former Thembisa-south based police officer was last month found guilty of embarking on a killing spree to cash in on life and funeral policies she took out on her victims.

Judge Ramarumo Monama also found her guilty of inciting the murder of her sister, Joyce and her five children. Ndlovu was caught after the hitman she hired to burn her sister and children alive in their home in Bushbuckridge tipped off police, setting the wheels in motion for an undercover police sting operation.

Ndlovu was arrested after a lengthy drive from Johannesburg to Bushbuckridge where she pointed out her sister's house to the hitmen. She was covertly recorded during the trip, explaining how she wanted the murders carried out. She mentioned her motive – saying she needed her sister dead as she had financial problems and needed funeral insurance payouts.

An emotional interview with alleged killer cop Nomia Rosemary Ndlovu's sister saw the mother of five break down in tears as she spoke about her ...
News
7 months ago

Ndlovu was further found guilty of the attempted murder of her mother, Maria Mushwana.

Another hitman who testified explained how Ndlovu had paid him to kill her mother, also in her Bushbuckridge home. He went into the home but saw the fragile woman and could not carry out the crime. He left and took off with the down payment that Ndlovu had given him for the job. 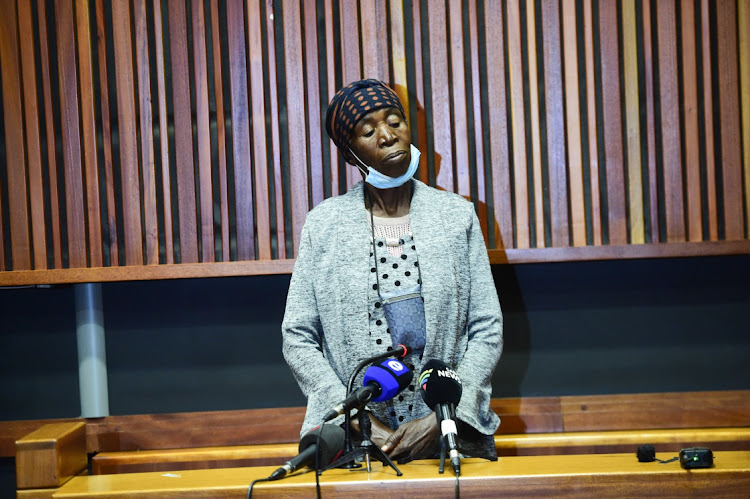 The former cop was also found guilty of defeating the ends of justice after she allegedly tampered with the scene where her sister, Audrey Somisa Ndlovu, was found dead in June 2013.

Police officers and neighbours who testified in the trial said Ndlovu defied a police instruction to keep her hands off coffee mugs found in Ndlovu’s rented room in Thembisa.

Instead, she carried the cups out of the room and placed them in a bucket of water. The state believed one of the cups held traces of a substance that Ndlovu gave to her sister, leading to her death. She was found strangled and seemingly poisoned, in her room by Ndlovu and her neighbours. Ndlovu was the last person to see her alive the previous day.

‘Killer cop’ Nomia Ndlovu denies tampering with evidence after her sister’s death, despite testimony to the contrary
News
7 months ago

Ndlovu had pleaded not guilty to the crimes.

She was seen as the golden member of her family, a trusted police officer blessed with good luck and success.
News
8 months ago

So rocky was their relationship, he resorted at times to sleeping in his car.
News
8 months ago