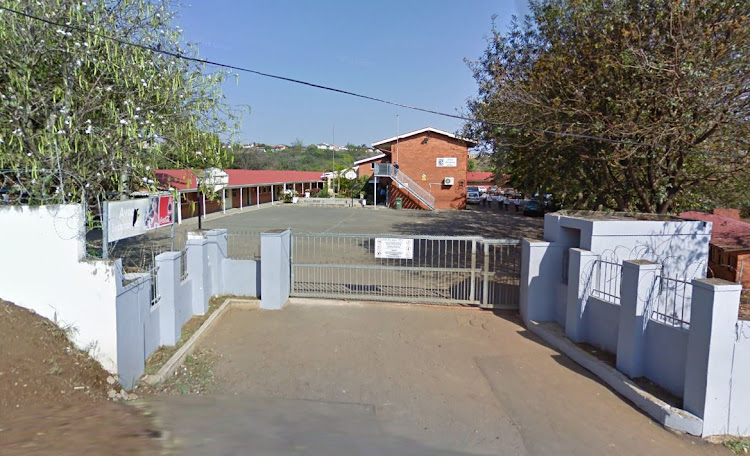 It was fourth time unlucky for an “angry and aggressive” teacher who avoided an ignominious end to his career on three previous occasions.

Ahjay Naraindass was fired after threatening colleagues at a Durban high school with an iron rod and hurling a Tamil slur at the principal.

The R28,000-a-month maths teacher was first dismissed from Avoca Secondary in Durban North in 2013 for threatening to assault a female colleague and aiming abusive language at her, but the sanction was reduced on appeal.

In 2017, Naraindass was fired again for administering corporal punishment but his appeal is still pending.

Two years later, he was found guilty of using improper language towards pupils and colleagues, threatening to assault a pupil and spitting at a teacher. On that occasion he was fined R25,000 and told that if he reoffended within five years his name would be removed from the roll of educators.

That seems set to happen after Naraindass's latest appeal against dismissal failed before an arbitrator at the Education Labour Relations Council.

A teacher in school for children with special needs has been cleared of sexual misconduct charges after the pupil who made them recanted his lies ...
News
6 months ago

Rejecting the teacher's claim that his dismissal was unfair, arbitrator J Kirby said: “I do not know the cause of [Naraindass's] anger and aggressive outbursts but I agree with the submission on behalf of the [KwaZulu-Natal education department] that he is a threat to others.”

After 28 years as a teacher, Naraindass's final set of offences happened in September 2020 when Avoca principal Ajith Jumna asked him to invigilate an exam instead of teach a class.

The teacher angrily ripped the timetable from Jumna's hand and the principal asked him to leave the premises, Kirby said in his finding on October 22.

“After [Naraindass] ... had started driving, Jumna saw him stop the vehicle, alight from it and retrieve a metal rod from the boot,” said the arbitrator.

He approached the principal, his deputy Pranesh Jugganath and two other teachers, threatening them with the rod and swearing.

“He was shouting a Tamil word, 'Manraji', at them. While Jumna does not know the exact meaning of this word he understands it to be a derogatory term. He was threatening to assault them and accused them of controlling promotions at the school,” said Kirby.

Two days after a 14-year-old's mother gave her a cellphone to gather evidence against a Free State teacher, she used it to record him propositioning ...
News
7 months ago

Jugganath testified that he heard Naraindass calling another teacher “Manraji”, which he understood to be a derogatory reference to people who may have their origins in southern India.

Then the maths teacher approached him, raised the rod and threatened to hurt him and a colleague. The colleague said Naraindass removed his mask and blew in his face during the altercation.

Naraindass said all the witnesses had concocted evidence against him as part of a conspiracy to have him dismissed which dated back to his first disciplinary hearing in 2013.

However, Kirby said he had admitted being angry, fetching an iron rod from his vehicle, raising it as he approached his colleagues and making insulting and derogatory comments towards other teachers.

North West teacher fired for assaulting his superior fails in bid to retain his job — and win a R4.6m claim

An errant teacher who beat up his superior and slept during a workshop has failed in his bid to milk the taxpayers of R4.6m.
News
7 months ago

A Pretoria school principal fired for inappropriately hugging his personal assistant and demanding a kiss has failed in a bid for reinstatement.
News
7 months ago

A teacher who had a sexual relationship with a pupil earned a harsh rebuke before being fired this week.
News
8 months ago