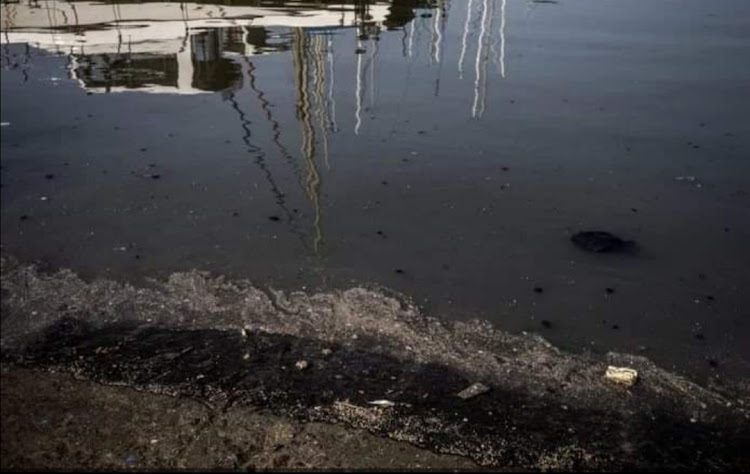 The Durban harbour is being polluted with sewage.
Image: via Facebook

Load-shedding has caused sewage to flow into the Durban harbour while large parts of the city and surrounds battle water disruptions.

The eThekwini municipality said on Tuesday it was aware of sewage flooding the harbour via Lavender Creek.

“This is as a result of the Mahatma Gandhi pump station being flooded due to load-shedding. This damaged the pumping equipment, resulting in this unfortunate situation,” it said.

“The city is dosing the spill at Lavender Creek to minimise the negative impact.

“The city is repairing the pumps and this should be completed by Thursday.

“Beaches are being monitored continuously, particularly beaches between the North and the Bay of Plenty piers. All beaches are currently safe for public use. The city will communicate in the event of any signs of danger.”

This comes as large parts of Durban have been hit by water disruptions during repairs to infrastructure.

Residents of Morningside, Musgrave, Sherwood, Chesterville, Overport and Cato Manor were informed by the city they would be without water from 8am to 8pm on Tuesday due to a bulk sales meter needing urgent replacement at the Wiggins water treatment works.

“This requires shutting off the high-level pump line which feeds from Umgeni works into the Berea/Ridge areas.”

The city also informed residents in Hillcrest, KwaNdengezi, Ntuzuma, Kloof and KwaDabeka that they would experience interruptions to their water supply from Wednesday until Thursday.

“This is due to a severe fault in a major bulk supply line in the vicinity of Impala Ridge in Drummond which requires urgent repair.

“This will have a major impact on the western aqueduct downstream of Inchanga which affects reservoirs in the mentioned regions.”

Is it safe to swim in public pools, lakes and at beaches during the Covid-19 pandemic?

There is no chance of contracting Covid-19 while swimming because "the Covid-19 virus does not transmit through water while swimming".
News
2 months ago

Zambia blackout at the weekend led to problems with the supply from Cahora Bassa dam, adding to Eskom’s problems
News
2 months ago

Beaches between the uMgeni River Mouth and Salt Rock reopened for recreational purposes on Tuesday while fishing and harvesting of marine resources ...
News
2 months ago