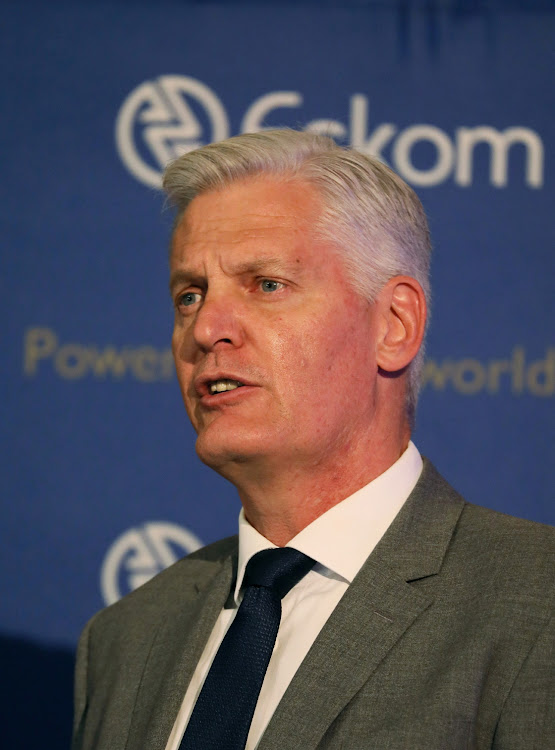 And he was insistent that this was not just a matter of semantics.

“Colleagues, I think it's ... very important for us also to distinguish between what is now called by certain members of the media 'blackouts'. This terminology is, in fact, not correct. What we are implementing is called 'load-shedding'. And you may think that this is a euphemism, it is not. A blackout is exactly what we are trying to avoid by implementing load-shedding,” he said.

He explained that a blackout was when an entire electricity system was unable to maintain its frequency, and “leads to the total loss of electricity transmission and distribution capacity”. This could last for “a number of days and, in some instances, even weeks”.

“So that is the catastrophic outcome we are trying to avoid by managing the demand through load-shedding,” he said.

De Ruyter said examples of blackouts were in Texas and parts of California in the US, and also recently in Zambia.

Earlier in the briefing - which will now be done daily, with the next one tentatively scheduled for Thursday morning - the CEO said Eskom was still on track to end load-shedding by 5am Saturday, as had been announced on Tuesday afternoon.

Sort out your staff issues, City Power tells Eskom as customers sit in the dark

City Power has "raised concerns" with Eskom over a go-slow by employees leading to delays lasting hours in the restoration of power after ...
News
2 months ago

Government in urgent talks with Eskom as load-shedding hits matrics

Senior delegations from the basic education and public enterprises departments will hold urgent talks with Eskom CEO André de Ruyter about how ...
News
2 months ago

The auditor-general is on Wednesday morning briefing the National Assembly on the 2020/2021 annual report and financial statements of Eskom.
Politics
2 months ago