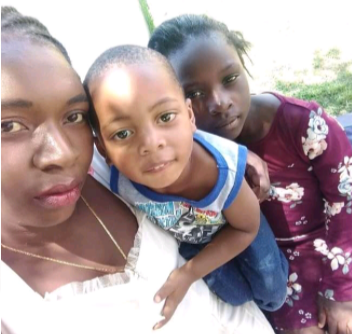 The two children, Siphosethu and Bonginkosi, have been found unharmed.
Image: Supplied

eMalahleni police on Thursday confirmed that two siblings reported missing in the Mpumalanga town last week have been found safe and unharmed.

TimesLIVE reported on Monday morning that their mother, Khetsiwe Khoza, begged for the safe return of her children, Siphosethu Dlamini, 11, and Bonginkosi Khoza, 5.

She said she had last seen her children on Friday morning when they left for school and returned home to an unlocked house with the children nowhere in sight.

The mother of two children from the Lynnville township in Emalahleni who mysteriously disappeared from their home is begging their abductor to return ...
News
1 month ago

Capt Elizabeth Mkaudi said the children had been suddenly returned home on Monday afternoon in the midst of an intensified police probe.

“A 54-year-old woman is expected to appear before the eMalahleni magistrate's court [on Thursday] facing a charge of defeating the ends of justice and kidnapping,” said Mkaudi.

The woman is known to the mother.

“Police conducted their investigation and on Monday were informed by a neighbour that the children were back at home.

“During a short investigation, it came forth that the very same neighbour is allegedly involved in the disappearance of the children and was arrested, hence her court appearance,” said Mkaudi.

Police declined to provide more information, saying further details would be divulged during the court proceedings.

The four Moti brothers aged seven, 11, 13 and 15, kidnapped in Limpopo three weeks ago, have been reunited with their parents.
News
4 weeks ago

The woman was abducted from her home in Atteridgeville on Tuesday by at least two men impersonating police officers, said Col Athlenda Mathe..
News
2 months ago

A mother was reunited with her months-old baby boy after a terrifying ordeal involving a hijacker, who made off with her car and baby inside on ...
News
2 months ago

The two men who kidnapped a four-month-old baby during a home robbery escaped through a hole in the fence at Leeuwkop prison in Bryanston, the ...
News
2 months ago