Adrian Gore named as Business Leader of the Year at the annual awards. 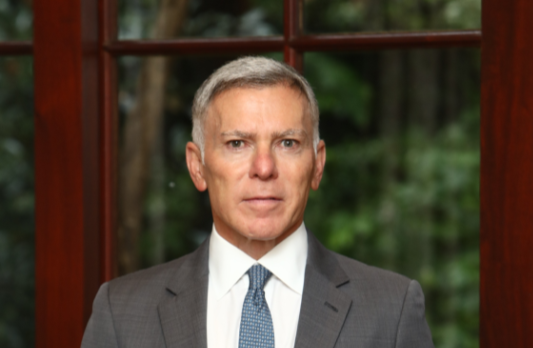 Adrian Gore, CEO of Discovery Group, was named as the Business Leader of the Year in recognition of his outstanding leadership in the corporate sector, particularly during the pandemic.
Image: MASI LOSI

Kumba Iron Ore’s transition in 2018 to a value-focused business has paid off, with the group reaching the top spot in the Sunday Times Top 100 Companies awards, from third place last year.

The awards, which were held virtually on Thursday night, are sponsored by BCX and acknowledge listed companies that earned the highest returns for their stakeholders over the past five years.

Kumba CEO Themba Mkhwanazi said ahead of the award ceremony: “To deliver on our purpose of reimagining mining to improve people’s lives, we are changing the way we mine. We’re developing the future of sustainable mining through our FutureSmart Mining strategy, which is focused on technology, digitalisation and sustainability.”

In second place was Montauk Renewables and in third place Anglo American Platinum.

Sunday Times editor S’thembiso Msomi said that under circumstances that have challenged the South African economy over the past 18 months, the Top 100 Companies Awards are a much-needed opportunity to shine a light on the determination of the private sector in contributing to SA’s bottom-line.

“Were it not for the concerted efforts and innovations brought about in a relatively short space of time – across all sectors as we’ve had to deal with a new working, business and operational climate – the country would be facing far more dire economic consequences. Private enterprise needs to be applauded for its tenacity,” said Msomi.

Adrian Gore, CEO of Discovery Group, was named as the Business Leader of the Year in recognition of his outstanding leadership in the corporate sector, particularly during the pandemic.

The Business Leader of the Year award is based on nominations and votes by business leaders. Gore was the Sunday Times Lifetime Achiever in 2019.

Gore said ahead of the event he was honoured and humbled by the award.

“It means a lot that it is voted on by my peers. While I may be receiving the award personally, there is no doubt in my mind that it has been awarded based on what Discovery as an organisation has achieved in the past 18 months. We’ve lived our purpose and values in our response to the Covid-19 pandemic. I’m particularly proud of the role our people have played and what they have achieved in the frontline of the vaccination rollout.”

Jabu Mabuza was posthumously awarded the Lifetime Achiever award for his stellar contribution to South African business. Mabuza died in June at the age 63 from Covid-19 complications.

The BCX Digital Innovation Award recognises, promotes and encourages SMEs and enterprises to resolve the challenges of SA.

In category 1, for SMEs, the winner was Marlize Holtzhausen, founder and CEO of 911 RESPONSE 24. The company was given the award for their first responder and on demand service technology.

In Category 1, for corporates, the winner was RTT Logistics, which won for their innovative “RTT on Demand” offering.