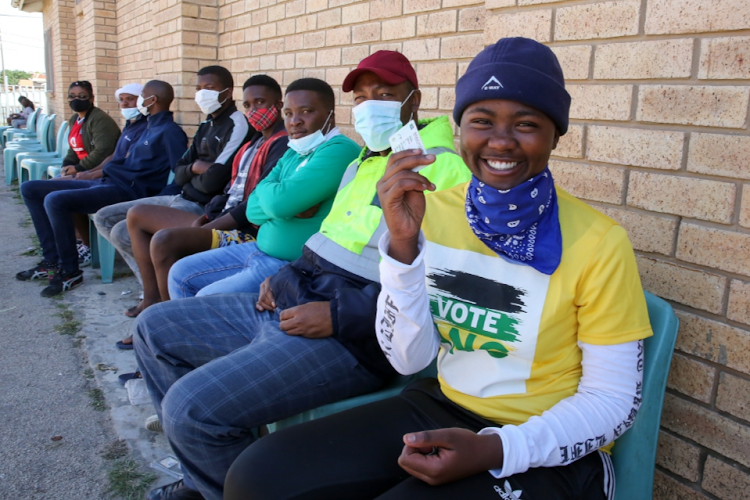 Neither campaigning for the election nor voting day itself caused any signs of the super-spreading of Covid-19.

That's according to health minister Dr Joe Phaahla, who was speaking at a briefing on Friday morning.

“We are pleased to report that 11 days after the campaign and subsequent voting, we have not experienced any super-spreading effects,” he said.

“We were assured by the Electoral Commission that all would be safe, but we did say we were concerned and are now happy that, so far, not a single province or district has shown signs of a spike.”

He said the ministry would continue to monitor the situation, aided by the National Institute for Communicable Diseases and the ministerial advisory committee on Covid-19.

Regarding infections, he said active case numbers were still “relatively high” at about 16,000 but this was “still far less than the peak”.

Vooma vaccination: Many sites will be open on Saturday and Sunday

In a bid to ramp up Covid-19 vaccination numbers before the festive season, the department of health is offering jabs this weekend.
News
3 weeks ago

He said the fatality rate had gone down since the peak, and “although the 17 lives lost in the last 24 hours is 17 too many, it is far lower than during the peak when we sometimes saw more than 300 or 400 people losing their lives”.

He said it was a reminder that although the numbers look good, “the virus is still here and causing a lot of harm”.

All systems are also being geared up in the event a fourth wave strikes.

“A resurgence of infections that could cause a fourth wave is expected,” said the minister, adding that some European countries like Germany and Ukraine were seeing numbers climbing again.

“Our national team is working with provincial teams to prepare. Our health facilities are preparing, Afrox has contingency plans for oxygen, and bed capacity, equipment, personal protective equipment and other consumables are all receiving attention.”

The ministry is also in talks with the Treasury to provide the budget for healthcare staff on short-term contracts to be retained, and the World Health Organisation still has a technical team stationed in the country.

“Nobody can tell with certainty when the fourth wave is coming, but it could be driven by movement of people at this time of the year, and if any variants enter the picture. So far, our local genome sequencers have not noted anything of concern.”

The minister said  “the vaccination programme is resilient but has its ups and downs.

“We have enough capacity to vaccinate all adults by the end of December. Some analysts criticised us, saying we can’t reach 70% coverage, but we are doing our best to encourage all adults to come forward.”

He said by Monday, 40% of all adults should have received at least one dose, and the more the J&J single-shot vaccine comes into play, the higher the full coverage will be.

The minister said 63% of those in their 60s are inoculated, as are 57% of those in their 50s. However, what is “worrisome” is that those aged 18 to 34 are “being driven away by fake news on social media” and are only at about 25% coverage.

PODCAST | Covid’s milestone moments: how the pandemic will affect history

Findings from SA death reports during pandemic are surprising: expert

Death rates among young children have decreased, while the Northern Cape has the highest rate among provinces
News
3 weeks ago