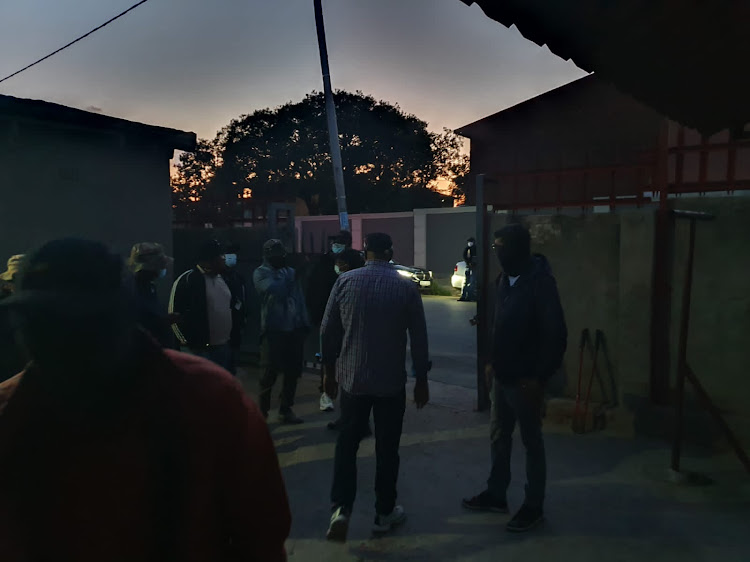 The city received an anonymous complaint in May this year about several properties suspected to be hijacked in Booysens.
Image: City of Johannesburg GFIS

Three suspected property hijackers, who allegedly are part of a syndicate operating in Booysens, south of Johannesburg, have been arrested.

The City of Joburg’s group forensic investigation services (GFIS) spokesperson Lucky Sindane said officials received an anonymous complaint in May this year about several properties suspected to be hijacked in Booysens.

“An investigation was conducted by GFIS before referring the matter to the police  provincial organised crime unit for further investigation and action,” Sindane said.

He said three suspects were arrested during a sting operation in the early hours of Friday morning after being monitored for several months.

Sindane said police were on the hunt for a fourth suspect who is on the run.

“Criminals must know they might run but there is no place for them to hide in Johannesburg. The city will not leave any stone unturned when dealing with criminal activities within its area of jurisdiction,” he said.

Communicare, a non-profit organisation that manages social housing projects, expressed concern about an increase in hijackings of properties it owns.
News
7 months ago

A hijacked property was handed over to its owner in Doornfontein, eastern Johannesburg, on Thursday and 40 suspects who were found at the property ...
News
11 months ago