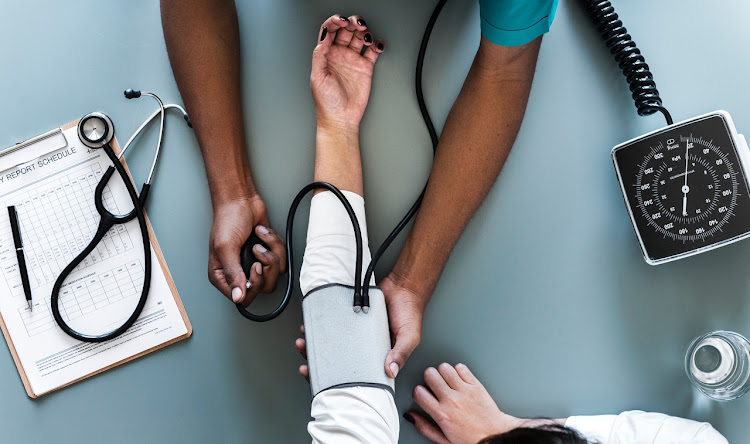 The Health Professions Council of SA has dealt with about 50 complaints against medical professionals this year. .
Image: nappy.com/@rawpixel.com

A doctor allowed his unqualified secretary to see a patient on his behalf, another performed a hysterectomy on a patient without her consent, and another doctor kissed and sexually abused a patient.

The Health Professions Council of SA (HPCSA) has had its hands full this year, dealing with about 50 complaints against members of the medical fraternity - including the examples above.

The council handled about two dozen more cases in 2020.

In the 2021 cases in which a “guilty verdict” was handed down, most resulted in a fine, but a few culprits were deregistered.

SA doctors have united in their call to urge government to initiate a review into the country’s culpable homicide law and its application in a ...
News
1 month ago

Among those fined for bad behaviour was a Cape Town doctor who allowed his secretary to fill in for him, seeing a patient in February 2020. He was fined R5,000.

A Johannesburg professional was found guilty of employing unregistered or unqualified people to assist in an optometry practice. The unqualified staff member handled equipment, performed eye tests, and issued eye screening certificates to patients between October 2020 and February 2021.

The council did not clarify what sanction was handed to the optometrist, but a medical doctor, who also employed an unqualified assistant, was stripped of his or her licence for five years.

A Pretoria doctor who performed an abdominal hysterectomy on his patient in March 2011 without her permission admitted guilt and was fined R10,000.

A doctor accused of sexual impropriety towards a patient in 2018 was fined R100,000, but half of this was suspended for two years on condition he did not repeat the offence.

A Gqeberha doctor who orchestrated Road Accident Fund claims for undeserving claimants has been sentenced to perform community service at a ...
News
6 months ago

Those who lost their licences included two Durban doctors.

According to the council, one of the doctors was charged with two counts - embarking on private practice while registered for public service from January 2010 to June 2011, and repeatedly ignoring requests to account for his behaviour.

The second doctor lost his licence after failing to exercise due care when a patient was  given an intramuscular injection in or near the sciatic nerve. The incident happened in 2013, but the case was only concluded in 2021. Injuries sustained during such an event can lead to a sensory disturbance which may cause permanent paralysis.

Scores of other doctors found themselves in trouble with the council for overcharging patients or submitting false claims to medical aid schemes. One Gauteng doctor was found guilty of submitting fraudulent documents to the Road Accident Fund, leading to her scoring a lucrative contract. She had dealings with the fund between 2014 and 2019 and also “paid money to claim handlers in exchange for patients' referrals to her practice”.

She then submitted documents without consulting with patients, recycling occupational therapists' reports.

In this case, the sanction imposed was a fine of R150,000 payable over two years, a five-year suspended sentence, and compulsory participation in an ethics programme.

A case concluded in January stemmed from an incident in January 2010 after a complaint against two people who used an ambulance to transport stolen copper cables. It was unclear whether they were paramedics or doctors.

HPCSA cracks down on unregistered doctors in the Northern Cape

Two men in the Northern Cape have been arrested for practising medicine without being registered with the Health Professions Council of SA.
News
1 month ago

Another case involved a doctor who failed to fulfil his oath of providing healthcare when, during an unprotected strike by workers at the Mapulaneng Hospital in Mpumalanga in November 2019, he closed the gate to the hospital. This prevented patients and medical staff from entering the premises. He pleaded guilty and was fined R5,000 and ordered to attend an ethics programme.

The council also dealt with cases of repeat offenders. These included a dentist who ignored an earlier ruling by the council to suspend him for a year, was rude and insulting to patients and colleagues, and failed to treat patients referred to him between November 2012 and January 2013. The dentist was again slapped with a year's suspension which, however, was suspended for three years on condition he is not found guilty of the same offence again.

In March, the council heard the case of a Pretoria doctor who faced 17 charges of medical aid fraud. He was accused of claiming from medical aids throughout 2019 for services he did not provide to patients.

He was handed a fine of R50,000, but payment of R35,000 was suspended for three years on condition that he is not found guilty of the same offence. He was also ordered to participate in a programme about fraud.

Another practitioner, also from Pretoria, was found guilty on similar charges and ordered to pay a R100,000 fine.

Yet another incident involving a Pretoria doctor accused of failing to properly obtain the medical history of an asthma patient. The doctor admitted the patient for surgery and failed to monitor his blood pressure during a procedure in May 2012.

The doctor was also accused of failing to remain with the patient until the monitors were connected and failed to respond to the cardiac arrest of the patient timeously. He was alleged to have taken 20 minutes to perform an intubation on the patient. The doctor was fined R70,000, with half the amount being suspended.

A doctor was ordered to undergo training for gynaecology at a public hospital after it was found he failed to administer treatment to a pregnant woman who showed signs of hypertension for three months during her pregnancy.

The council stressed that this was potentially fatal. The gynaecologist was suspended from practising for six months during which he was to undergo training at a public facility.

A similar sanction was handed to a Pretoria doctor who administered unregistered treatment to a patient in January 2016. He was ordered, among other things, to attend a course on clinical practice and ethics for six months.

In August, the council heard the case of a gynaecologist who, in January 2018, failed to adequately assess a pregnant patient, resulting in her delivering a stillborn baby.

He was handed a R70,000 fine and suspended for two years - the sentence was suspended for five years on condition he is not found guilty of the same offence.

At least two other doctors found themselves before the council for utterances made on social media in May 2021. The council heard they made racially discriminating remarks about religion on social media, offending their colleagues. Both were cautioned and reprimanded.

The council also heard the case of a doctor who assaulted a colleague while on duty. He pleaded guilty and was fined R5,000.

Other cases included doctors who sold “sick notes” to patients, failing to properly keep medical records of patients, and an occupational therapist who practised between 2016 and 2019 without being registered with the council. Her name was removed from the council register.

The Parkhurst Clinic nurse who was bust at the weekend for allegedly selling fake Covid-19 negative certificates was also allegedly found with ...
News
3 months ago

“The 34-year-old male nurse, who resides at the hospital nurses’ residence within the hospital premises, was stabbed to death allegedly by his ...
News
2 months ago