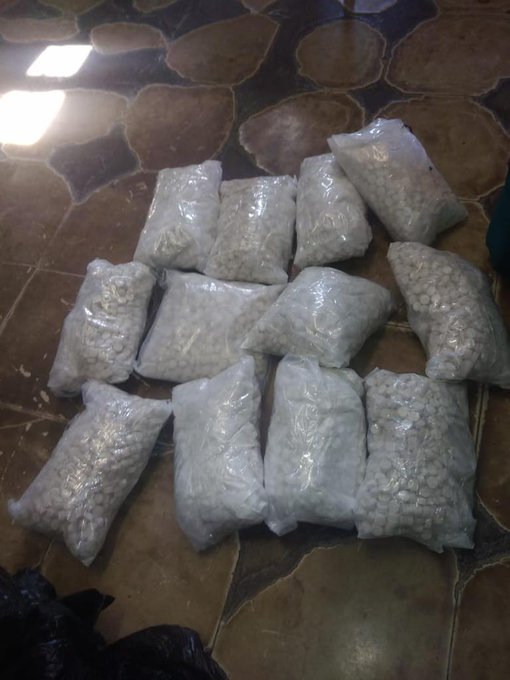 These mandrax tablets, with an estimated value of R600,000, were seized at a roadblock near Beaufort West, on Sunday. A woman aged 26 was arrested.
Image: SAPS

Western Cape police had a successful weekend in their fight against the illegal drugs trade with large seizures made in a number of operations.

Capt Malcolm Pojie said members attached to the Central Karoo K-9 unit, who manned a vehicle check point on the N1 just outside Beaufort West, arrested a 25-year-old woman from Johannesburg who was found with 12,000 Mandrax tablets in her possession on Sunday.

The Mandrax tablets, which were sealed in 12 plastic bags, have an estimated value of R600,000.

Pojie said in addition to the Mandrax bust, members attached to the same unit also seized dagga worth R150,000 on Saturday.

Pojie said the members acted on information received about a passenger bus travelling to Cape Town with a consignment of drugs on board.

“The bus was pulled over and a search ensued, with the assistance of narcotics detection dog Angie who also reacted positively on a huge luggage bag.”

Pojie said  the bag was stashed with 54 parcels of dagga weighing 62.3kg.

“Though no-one was arrested or could be linked to the find at the time, we believe that the illicit drug trade has received yet another blow,” Pojie said.

Covid has helped internet become ‘a playground for paedo predators’

International cooperation is needed to fight the scourge, which is particularly bad in Africa, says report
World
2 months ago

Drugs in the same class as molnupiravir have been linked to birth defects in animal studies. Merck, known as MSD outside the US and Canada, has said ...
News
2 months ago

Gauteng police have arrested 960 suspects, including 85 alleged drunk drivers, while enforcing lockdown regulations at the weekend.
News
3 months ago