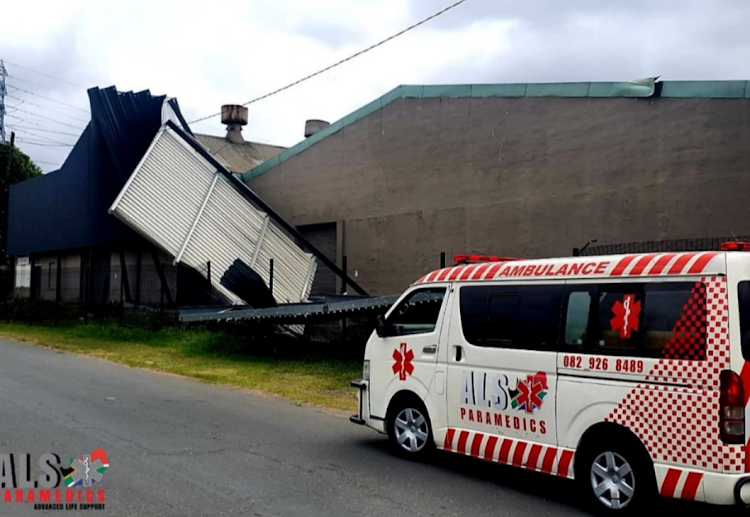 A strong gust of wind caused a structure to collapse in Durban on Tuesday,
Image: ALS Paramedics

A strong gust of wind caused a structure to collapse in Escombe, Durban, on Tuesday morning.

ALS Paramedics Medical Services spokesperson Garrith Jamieson said they received a report about the incident at about 10am.

“It is believed a sudden gust of wind caused the structure to collapse at the premises.

“Fortunately no-one was around the structure when it collapsed and no injuries were reported on the scene.”

The SA Weather Service said in its regional forecast that winds are expected to become strong to near gale-force in some parts of KwaZulu-Natal.

A girl of 13 has died after being struck by lightning in northern KwaZulu-Natal.
News
2 months ago

At least eight schools were damaged by a storm that ripped through the Ehlanzeni district in Mpumalanga over the weekend, said the provincial ...
News
2 months ago

Multinational oil and gas company Shell has made public its plan to start a seismic survey in search for oil or gas deposits along the Wild Coast in ...
News
2 months ago