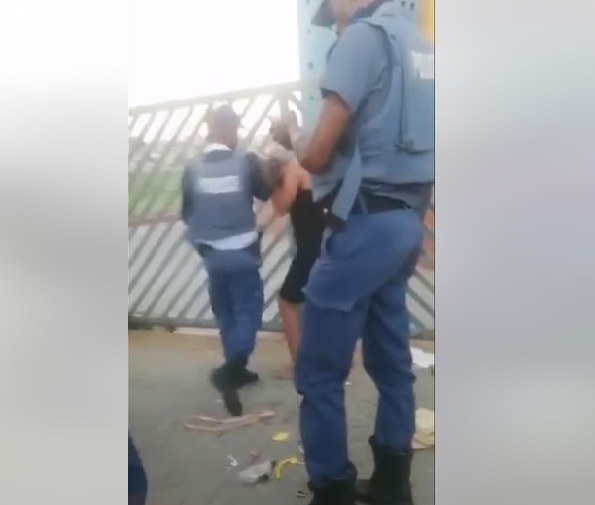 A policeman recorded slapping a woman as she walked past him at Thembisa South police station faces a disciplinary investigation and potential criminal case.

Police spokesperson Brig Brenda Muridili said the officer was identified after two videos of the incident were circulated on social media.

In one of the videos, the officer in full uniform is seen slapping the woman as she passes by. It is unclear what led to the incident.

In a second video, the voice of a distressed woman is heard as she pleads with officers not to take her cellphone away, apparently after they became aware that the incident was filmed.

It is unclear when the incident happened.

“The member involved has been identified and the provincial inspectorate, a component dealing with complaints against the police, has already instructed the district co-ordinator to institute a departmental disciplinary investigation.

“We are calling on the victim and witnesses to come forward so we can open a criminal case against the member/s involved,” Muridili said.

…And when the cops saw they were being recorded, this followed.

The case would be transferred to the Independent Police Investigative Directorate (Ipid) for further investigation.

“Crimes against women and children are a priority for the SA Police Service and will never be tolerated, more especially when perpetrated by a member of the service who has sworn to serve, protect and uphold the law,” he said.

“I am expecting an expeditious investigation into the matter.”

A woman police officer is heard telling him “now you are playing dangerous”.
News
6 months ago

The Independent Police Investigative Directive is probing an incident where a Mpumalanga police officer allegedly shot a man at a tavern then dumped ...
News
6 months ago

A 52-year-old KZN man, believed to have been a mental patient, was shot by a member of the special task force after allegedly killing his brother ...
News
6 months ago