Hawks roped in to investigate after critical pylon was 'cut down' 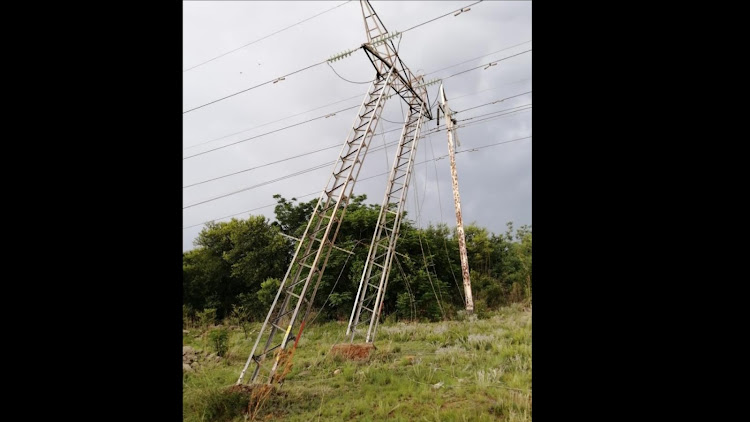 This comes after the collapse of a power pylon which “fell uphill” on Wednesday onto a second distribution line, knocking out both lines.

De Ruyter said there was evidence that the pylon supports had been cut. There was no erosion observed on the structure.

“There is clear evidence that there was some cutting instrument involved. What further arouses suspicion that this was a deliberate act of sabotage is that nothing was stolen,” he said during an update on the national power grid on Friday.

The consequences could have led to higher stages of load-shedding across the country. 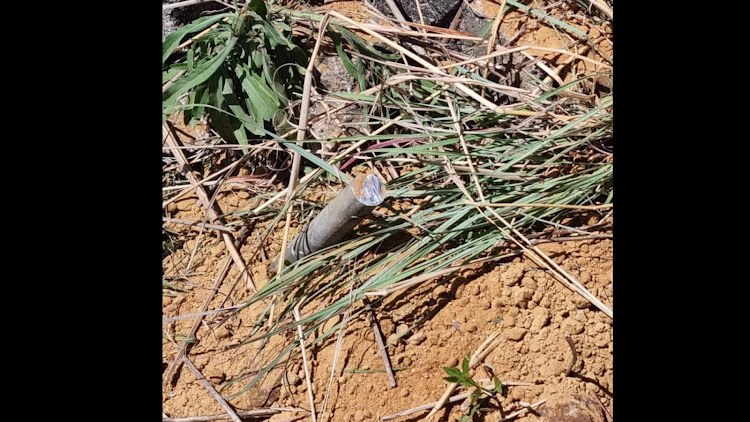 One of the supports which was cut.
Image: Eskom

“The perpetrators of this cut all eight stays. There is no sign of corrosion, no sign of metal fatigue. There was no sheering of the stays and there is clear evidence that there was some cutting instrument involved — whether it was a hacksaw or an angle grinder, we will determine.

“The stays were cut, the tower was pushed over onto the other line and nothing was stolen. So this is not an economic crime, this was clearly an act of sabotage and I think we can call it such.”

Showing photographs of the collapsed pylon, he said it was highly unlikely to have fallen uphill.

“The consequences of this happening are quite significant. This means that if we had lost power supplies to those conveyors belts feeding coal to Lethabo, we would have run out of coal at the power station after six hours. This would then have caused us to lose our most reliable unit and would have put us into much worse than stage 4 load-shedding, probably stage 6 load-shedding, through a deliberate act of sabotage.

It is immensely disappointing that there are people who deem it fit to intervene in our electricity supply, challenged as it is, in this particular way, but it is clear that these individuals have another agenda.

“For some time we have had suspicious incidents, but this is the clearest indication we have had to date that there are individuals out there who seek to damage the economy by causing very significant and substantial load-shedding.

“We have reported the matter to the Hawks — they are assisting us with investigations. The supply of electricity has in the interim been restored.”

He said the team was able to avert a serious incident at the power station.

“At this stage, we have no indication who the potential perpetrators could be. It is immensely disappointing that there are people who deem it fit to intervene in our electricity supply, challenged as it is, in this particular way, but it is clear that these individuals have another agenda”

Meanwhile, De Ruyter said load-shedding would be suspended at 9pm on Friday and no power cuts were expected for the weekend.

“The outlook for the week is for no load-shedding, driven among other things by lower ambient temperatures which reduce our vacuum-load losses.

"When you have the simultaneous units trip like this, it certainly does arouse suspicions," Eskom group CEO André de Ruyter said on Thursday.
News
2 months ago

Load-shedding to end at 9pm, but stage 1 back at 5am on Friday: Eskom

Embattled power utility Eskom said on Thursday that it would suspend load-shedding at 9pm - but that the rotational power cuts would be back at 5am ...
News
2 months ago

No answers will be given because the ANC knows they’ll unleash an avalanche of skeletons. Instead, we watch and wait
Opinion & Analysis
2 months ago