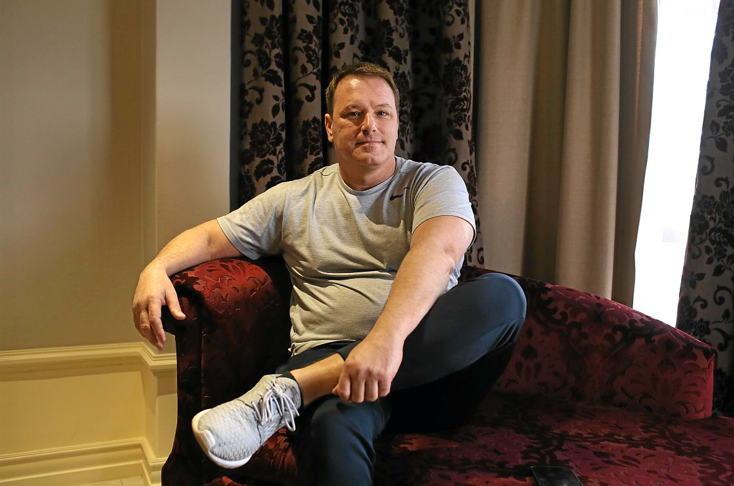 Mark Lifman is charged with ‘steroid king’ Brian Wainstein’s murder. Last year, he failed to overturn a high court ruling granting the South African Revenue Service permission to seize his assets and auction them to recover R353m in unpaid tax. He is out on R100,000 bail.
Image: SUPPLIED

Alleged Cape Town “underworld kingpin” and murder accused Mark Lifman has been denied permission to travel outside the country for work while awaiting trial.

The application was brought on an urgent basis in the Cape Town high court a week ago. On Friday, the court dismissed his application.

Businessman Lifman, who is on trial for alleged involvement in the murder of “steroid king” Brian Wainstein, told the court he intended to take up an offer in a fabric company, Cisiy Textiles, in Bursa, Turkey.

He would need to leave the country as the job involved sourcing fabrics and materials, which required physical touch and assessment.

As part of the application, he wanted his bail conditions amended so he could get his passport returned and be permitted to travel to Turkey, take up employment with a company and reside there temporarily.

For his new job, Lifman would be required to do extensive overseas travelling, This includes travelling to Turkey, Israel, Russia, China, Hong Kong, the US, the UK, Greece, Poland, Netherlands, Belgium, Dubai, and Georgia.

The judgment handed down on Friday reads: “What strikes this court as unusual is that despite Mr Lifman’s extensive travels on behalf of the company, prior to his arrest, no mention of this was made during his bail application. Although the record of the bail proceedings in the magistrate’s court did not serve before me, the state’s allegation that they regarded Mr Lifman as a flight risk and for this reason requested him to hand over his passport is not in dispute.

“The mysteriousness of the after-bail employment opportunity arises in the context that on Mr Lifman’s version, by the time his bail application was considered he was already involved with Cisiy Textiles. However, no attempt was made to convince the bail court why the condition for his passports to be handed over would have impeded his ability to freely travel, particularly on behalf of Cisiy Textiles.

“In fact, such a request conflicts with him relying on family ties in SA. He is asking the court to allow him to go to another country and start, to a degree, a new life.”

The state also argued that Lifman may take advantage of the fact that there is no effective co-operation from the Turkey authorities to extradite criminal suspects.

“The state mentions a certain Mr Naidoo who is apparently an associate of Mr Lifman and who is also implicated in the crimes that Mr Lifman is charged with. Mr Naidoo is currently in Turkey and the state is experiencing great difficulty in having him extradited,” said the judgment.

The court dismissed the application.

“The compounding effect of some of the factors expanded on in the preceding paragraphs infused my discretion and decision that Mr Lifman has failed to convince this court that the probabilities compels a conclusion that the amendment of the bail conditions will be in the interest of justice,” the judgment reads.

A week before an attempt to throw a hand grenade at his house in November 2019, anti-gang unit detective Lt-Col Charl Kinnear’s life was already in ...
News
11 months ago