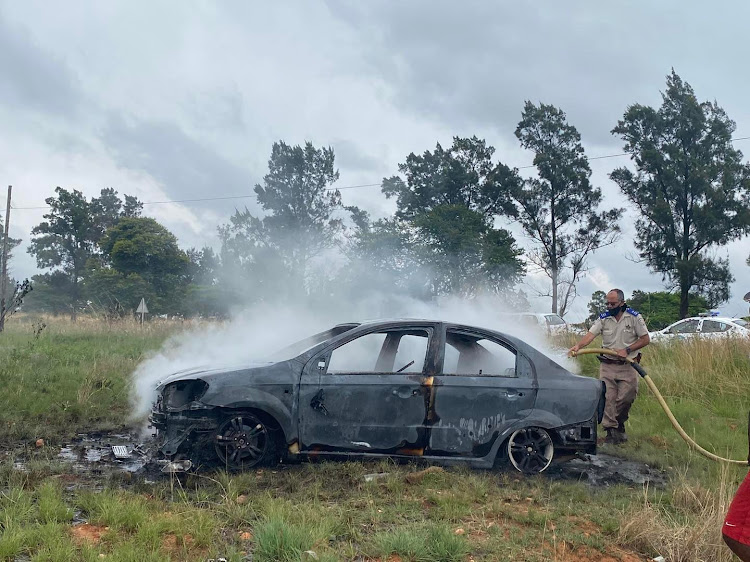 Muldersdrift police extinguish the last flames after a man reportedly burnt to death in his car.
Image: Facebook via Make SA Safe

Police in Muldersdrift have registered an inquest docket after a man reportedly burned to death on Sunday.

His white Aveo Chev vehicle was found in flames on Beyers Naudé Drive in Muldersdrift, Gauteng.

Police spokesperson Col Dimakatso Sello said the circumstances surrounding the incident are unknown at this stage.

According to law enforcement agency Make SA Safe, the man set himself alight and was burned beyond recognition.

The police said in an update that a family had come forward regarding the incident.

There were 2,000 kidnappings reported in SA between July and September.
News
2 months ago

A gas explosion at a house in Motherwell in Nelson Mandela Bay in the Eastern Cape revealed a trove of poached abalone with an estimated street value ...
News
2 months ago

Three children died on Saturday night when a vehicle tumbled 80m down the side of the Bainskloof Pass on the R301 between Wellington and Ceres in the ...
News
2 months ago