Gynaecologist who was jailed for patient’s death speaks 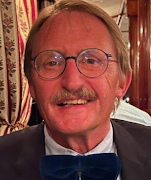 The gynaecologist who became the first SA doctor to be jailed because of the death of a patient has told TimesLIVE how, after a drawn-out court case, he chose to hang up his medical coat forever.

“I was absolutely devastated because suddenly I was a criminal after serving the community for more than 40 years, seeing more than 40,000 patients and delivering 8,000 babies  where I had never had a problem,” said Dr Danie van der Walt, recalling the day he was handed a guilty verdict.

He had been found guilty of culpable homicide together with claims he had been grossly negligent, leading to his patient’s death.

Van der Walt, of Emalahleni, unsuccessfully appealed before the Mpumalanga high court and was sentenced to five years behind bars.

He served eight months of the sentence.

Van der Walt was released on parole but later had his conviction overturned by the Constitutional Court after it found the magistrate who convicted him had used personal medical research she had conducted to reach her verdict, instead of the evidence presented before the trial.

I have peace in my heart

The Constitutional Court had left it to the director of public prosecutions to decide whether to retry Van der Walt but the director chose not to.

“They didn’t even say sorry. I just got a letter from the court saying they were in the wrong, it was unfair procedure and has been wiped off the table,”  he said.

Van der Walt said being sent to jail had a terrible impact on him, his family, their finances and his future. Prior to his arrest, he had planned to stay in practice until the age of 75. But after spending his 68th birthday behind bars, he had a change of heart and left medicine for good.

The incident that put Van der Walt behind bars stemmed from 2005 when he assisted a 23-year-old woman, Pamela Daweti, to deliver her daughter. Following the delivery Daweti bled severely, at which time she was under the care of nurses. Van der Walt was blamed for, among other things, failing to return to the hospital to attend to her. Daweti died a day later.

Following a drawn-out process, which started at the Health Professionals Council of SA where he paid a R10,000 fine, and was then followed by legal proceedings, Van der Walt said his case had led to fear among many doctors.

He said the incident had changed the face of medicine.

“Doctors are reluctant to see a patient, especially an emergency case, because if something goes wrong, which can happen in any medical setting, they might be called before the courts,” he said.

So big was fear among doctors that earlier this month they wrote to justice minister Ronald Lamola, asking that he permit a review into laws on culpable homicide where doctors are concerned.

Van der Walt said patients are paying the greatest price for doctors’ fears about jail. This was because doctors were, at times, no longer relying on their ability to make a clinical diagnosis but were sending patients for unnecessary procedures to “cover” themselves.

“Instead of a consultation fee and a prescription, every other patient is sent for an X-ray and blood tests. The cost of medical assistance rises because doctors are very scared to apply their normal medical skills to make a diagnosis,” he said.

“It’s a bad thing happening in medicine, which if allowed to continue will result in many convictions and if not, the price [of private healthcare] will become more costly,” he said.

Van der Walt also criticised legal institutions, who he said flaunted the idea of suing doctors in television advertisements on social media platforms, making it seem as though matters, which were sometimes beyond doctors, happened in medical settings because of negligence.

“The moment a patient walks into your office that is a potential law case and it is because patients are encouraged to sue doctors,” he said.

Looking back on the case that put him behind bars, Van der Walt said he believed he was not at fault.

“I believed I did the right thing and that throughout all the sessions in courts, someone would give me a chance to speak and someone would realise what happened and why and also see that anything in medicine can go wrong, and it is not necessarily due to negligence,” he said.

Van der Walt said after his release from prison, he was advised to pursue legal action against those who had jailed him but he chose not to.

“I am not a criminal. My track records speaks for me. I forgave everybody for what they did to me and let it go.”

Speaking about his time behind bars in the Witbank Correctional Centre, Van der Walt said: “While in jail, I had the opportunity to seek the will of God. I got to speak to people there about the peace of the Lord. I had the opportunity to use that time to study the Bible, which I loved from the very beginning, and I could speak life where it was needed. I got peace in my heart and I am continuing with my life.”