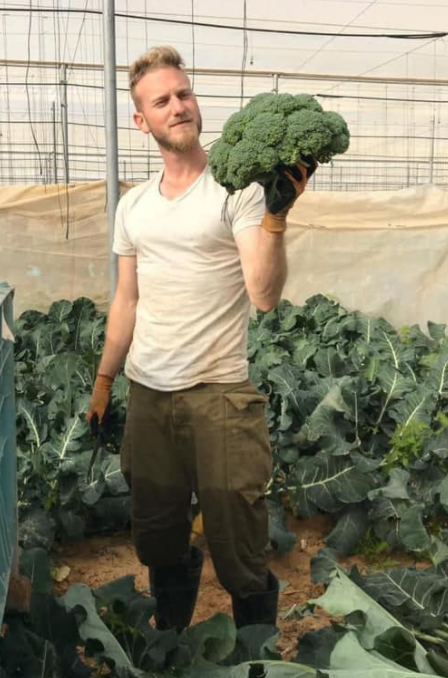 Eliyahu David Kay, a South African who emigrated to Jerusalem, was shot dead in a suspected terrorist attack on Sunday.
Image: Facebook

The SA Jewish Board of Deputies (SAJBD) on Sunday confirmed a South African man had been killed in a terrorist attack in Jerusalem.

The board named the victim as Eliyahu David Kay, who had settled in Jerusalem.

“He was shot and wounded by a Palestinian gunman while on his way to pray at the Western Wall. He later died in Hadassah Hospital,” said SAJBD spokesperson Charisse Zeifert.

The SAJBD conveyed its condolences to his parents, fiancée, family and friends.

According to Reuters, the shooting was carried out by Hamas and left three other people wounded.

The gunman was shot dead by police.

This incident is reported to be the second in four days in Jerusalem.

Messages of condolence have been circulating on social media following news of Kay’s  death.

Eliyahu David Kay. Immigrated to Israel from South Africa. His family are part of our community here in Modiin and this loss has echoed around our city, South Africa and the world. He was killed in today's terror attack. He was a part of us. May his memory be eternally blessed. pic.twitter.com/St1bsDL4kD

Another #Jewish family shattered. Another #Palestinian family set for life. #PaytoSlay - courtesy of international aid money. May the memory of Eliyahu David Kay forever be a blessing. pic.twitter.com/D5PkMrvkUb

The Israeli embassy in SA also conveyed its condolences to the Kay family and shared a video by the Israel Foreign Ministry taken at the scene of the shooting.

The video showed victims being transported from the scene on stretchers and the bloody street where the shooting occurred.

The Embassy of Israel in South Africa is mourning the loss of Eliyahu David Kay, a South African-Israeli Jew who was murdered today by Hamas terrorist group in Jerusalem. May his memory be blessed 🕯 https://t.co/SWAkNtKdbj

Miss SA should be allowed to deliver a message of hope and unity in Israel, writes Mfanafuthi Sithebe.
Opinion & Analysis
1 month ago

The decision to grant Israel observer status was "even more shocking in a year in which the oppressed people of Palestine were hounded by destructive ...
News
5 months ago