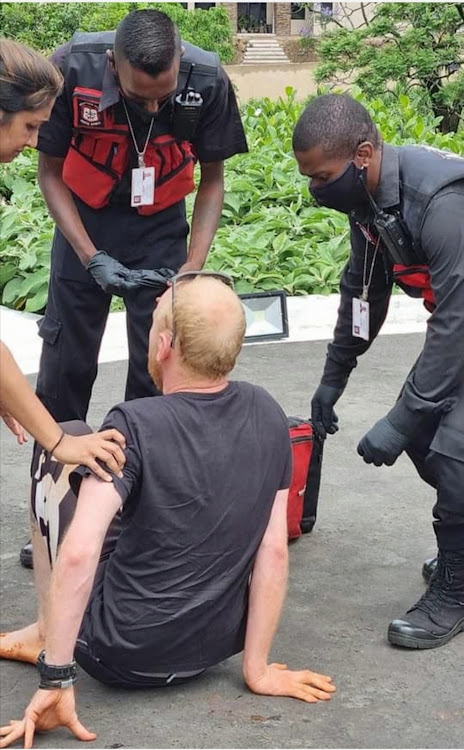 A Ballito chef who didn’t return home on Monday after going to practise target shooting has been safely located in a remote area which became inaccessible after heavy rain.

Reaction Unit SA (Rusa) spokesperson Prem Balram said Steven Kruger, 36, a chef at a restaurant at the Ballito Lifestyle Centre, was located on Tuesday morning during an aerial search of a construction site in the vicinity.

Balram said the search was conducted after Kruger’s family contacted Rusa for help when he did not return home on Monday night after leaving for target practice with his pellet gun.

His partner, former Miss India SA KZN Suvina Mahadaw, made an appeal on Facebook to help her locate Kruger, who had left home at 5.30pm.

Balram said the helicopter crew lifted off in the morning because the area was inaccessible on Monday night due to heavy rain.

“The pilot and crew spotted Kruger’s white Mazda 2 in an opening.

“The vehicle was stuck in the sand. He was standing outside the vehicle waving his arms for assistance.”

Balram said Kruger was dehydrated and had suffered a back injury.

“His vehicle will be salvaged at a later stage.”

The department is pleased with the heavy rains as they will bring relief to the drought-stricken Little Karoo.
News
1 week ago

One dead, three critical as wall collapses in Durban

One person died and three others were critically injured when a wall collapsed at a property in La Lucia, Durban, on Monday.
News
1 week ago