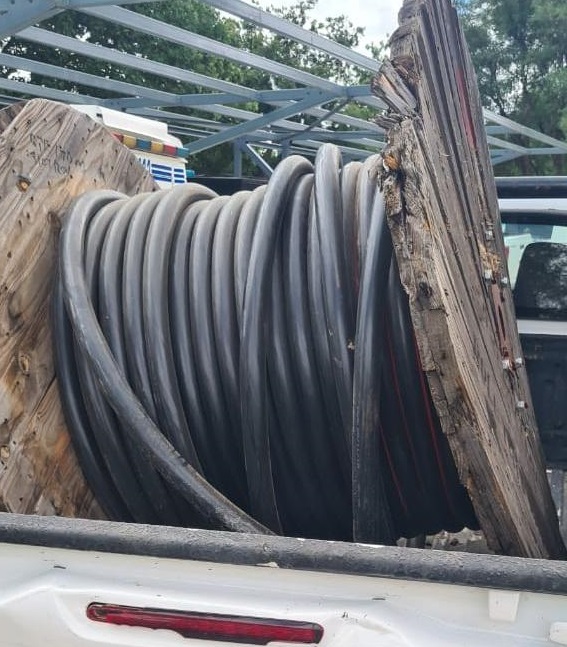 The Welkom K9 Unit was on patrol when they noticed cables loaded on a bakkie.
Image: SAPS

Free State police have arrested two alleged Eskom employees after they were found in possession of a large quantity of copper cables in Welkom.

Police spokesperson Capt Stephen Thakeng said the Welkom K9 Unit was on patrol when they noticed an Eskom-branded bakkie on Lindsay Road with copper cable loaded on the back.

“The bakkie was approached and two employees of Eskom were asked for documentation relating to the possession of such a large quantity of copper cable” Thakeng said.

He said it was discovered that the copper cables were stolen from an Eskom workshop in the town. This was confirmed by the manager, he said.

The two employees, aged 38 and 40, were arrested for possession of suspected stolen copper cable. Thakeng said the seized 170m of cable was worth about R540,000.

The group destroyed essential infrastructure in Ladismith, in the Western Cape, by digging and pulling it out using a truck.
News
1 month ago

The Gauteng health department pays R450,000 a month for repairs and maintenance of CCTV equipment.
News
1 month ago