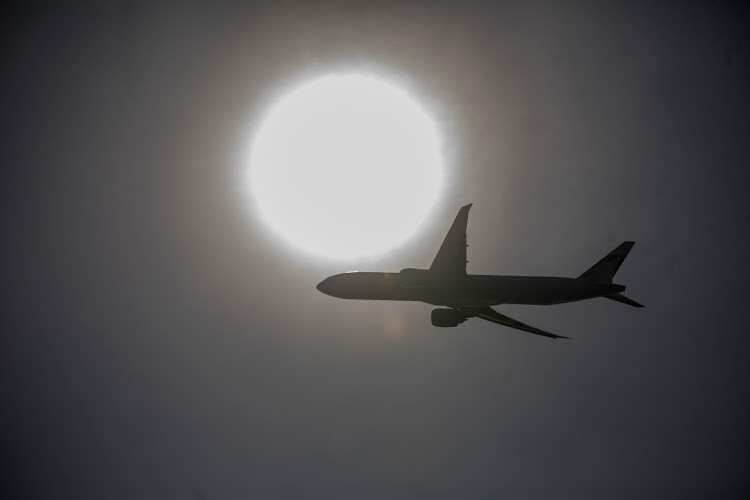 A spokesperson for the Dutch health ministry said it would not be known until later Saturday whether any of passengers are infected with the new variant.
Image: PAUL YEUNG

Dutch health authorities said on Saturday they had detected 61 Covid-19 cases among people who flew from SA on Friday and were now conducting further testing to see whether any are infected with the recently discovered Omicron variant.

The cases were discovered among around 600 passengers who arrived at Amsterdam's Schiphol Airport on two flights on Friday before the Dutch government halted air traffic from Southern Africa due to concerns over the variant.

The passengers from the flights were kept separated from other travellers and those that tested positive are being kept in isolation at a hotel near the airport.

A spokesperson for the Dutch health ministry said it would not be known until later Saturday whether any of passengers are infected with the new variant.

A spokesperson for KLM, the Dutch arm of Air France , said the airline was trying to determine what rules were in place as of Friday morning to prevent people with Covid-19 infections from boarding the flights, which departed from Cape Town and Johannesburg.

Rules on the company's website said passengers had to present a negative Covid-19 “rapid antigen” test result taken 24 hours before departure but were not required to show proof of vaccination.

A spokesperson for the health authorities in Kennemerland, the Dutch region that oversees Schiphol, said the positive cases were being analysed by the National Institute for Health (RIVM).

Passengers on the two KLM flights said they were kept waiting on the tarmac for hours.

“Vigorous applause because there is a BUS that has come to take us ... somewhere,” tweeted New York Times journalist Stephanie Nolen, a passenger on the flight from Johannesburg, during the long wait on Friday.

“Bus to a hall to a huge queue. I can see Covid testers in bright blue PPE far on the distance. Still no snacks for the sad babies,” she added in a second tweet.

On Saturday, Nolan tweeted that she tested negative and was awaiting a further flight to Canada. Passengers remaining in the Netherlands are required to quarantine at home for five days.

The new variant has been detected just as many European countries are grappling with a surge in coronavirus cases.

The Dutch government on Friday announced the night-time closure of bars, restaurants and most stores as it tries to curb a record-breaking wave of Covid-19 cases that is swamping its healthcare system.

Meanwhile the Omicron variant of Covid-19 has probably arrived in Germany, a minister in the western state of Hesse said on Saturday after mutations were found in a passenger arriving from South Africa.

He added that a full sequencing of the variant was being carried out and that the person was isolating, and he urged anyone who had travelled from South Africa in the last few weeks to limit contacts and get tested.

The new variant has been found at a time when Germany and many other European countries are grappling with a surge in coronavirus cases.

Germany recorded 67,125 new coronavirus cases on Saturday, the Robert Koch Institute for infectious diseases said, and more than 100,000 people have died with COVID-19.Germany is declaring South Africa a virus-variant area, meaning airlines are allowed to fly only Germans to Germany from South Africa, a source told Reuters on Friday. Even those who are vaccinated must spend 14 days in quarantine.

Earlier, Dutch health officials said they had detected 61 COVID-19 cases among people who flew from South Africa on Friday and are trying to establish whether any were infected with the Omicron variant.

Any form of lockdown will be a death sentence for SA's restaurant industry, The Restaurant Collective has warned.
News
5 months ago

The Mauritius government has joined a growing number of countries to announce bans on Southern African travellers in light of the new Covid-19 ...
News
5 months ago

No jab, no accommodation for University of the Free State students

Unvaccinated students will not be allowed on the University of the Free State’s (UFS) premises as from February.
News
5 months ago