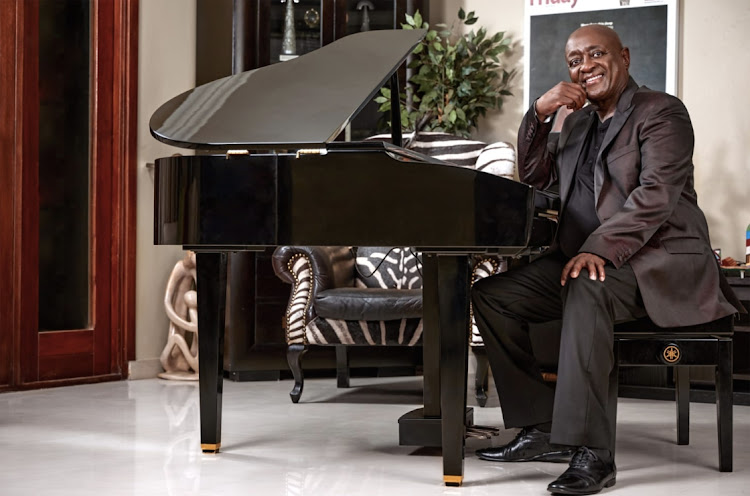 Ngema, who on Thursday launched his Legacy Tour, said the objective of his project known as Istimela Sase Zola [Train From Zola] was to teach young men to respect women and girls.

“I thought as a public figure and a leader in society I should take it upon myself to teach the young ones to say this is not the way of life. If we were able to defeat apartheid, what could prevent us from defeating gender-based violence?” he said.

“Through this project, I am saying all men must board this train. This train is to teach us to be better people to our families and be responsible so that when you raise a boy child, he will grow in a different environment than we did.”

Ngema will also use his music to educate men about GBV. Proceeds from his tour will be donated towards the fight against GBV.

“During the tour, I will be highlighting the scourge of gender-based violence and the development of young artists.

“As a person who grew up in abject poverty, if I could reach the highest platforms of the world, it’s possible for children who come from squatter camps to do it. They should not think that they cannot do it.

“The residency serves as the launch of a much-anticipated homecoming musical experience which will culminate into a national and continental tour,” said the Mbongeni Ngema Foundation.

People Opposing Women Abuse (Powa) says there is a need to support survivors of gender-based violence (GBV) and related crimes as the Covid-19 ...
News
7 months ago

"For the record Sizwe and I both submitted in writing allegations against each other, some founded and some found not to be from both of us."
TshisaLIVE
7 months ago

There were 2,000 kidnappings reported in SA between July and September.
News
7 months ago