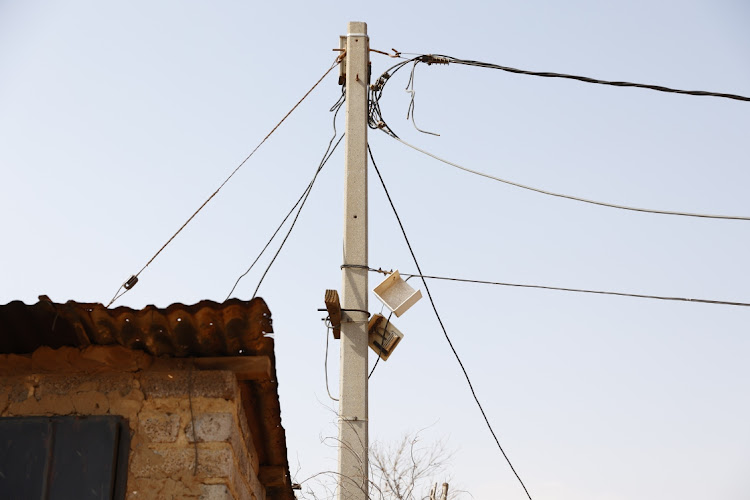 A Gqeberha couple has died after being electrocuted when they allegedly hung their washing on an illegal electricity connection.

Lingomso Cose, 30, and her husband Mphakamise Cose, 34, died at their Soweto-on-Sea home at about 3.40pm on Monday, when their neighbour heard a scream, according to preliminary information supplied to police.

The washing was hung on a wire that was illegally connected to a municipal electrical pole, according to police.

“Police are urging residents to refrain from illegally connecting electricity as this can have fatal consequences. Loose electrical wires/cables must not be interfered with. Instead, the authorities must be contacted to attend to the loose live wire,” Swart cautioned.

Eskom disconnected homes that were illegally connected to the grid in the Northern Cape this week.
News
6 months ago

An 11-year-old boy sustained fatal injuries after coming into contact with an illegal electricity connection in an informal settlement in Orange Farm ...
News
7 months ago

City Power's preliminary investigation into the cause of the electrocution of a couple in Crosby, near Mayfair in Johannesburg, has revealed that an ...
News
1 year ago