WATCH | ‘They looked like a happy couple’: neighbour of accused in body parts case 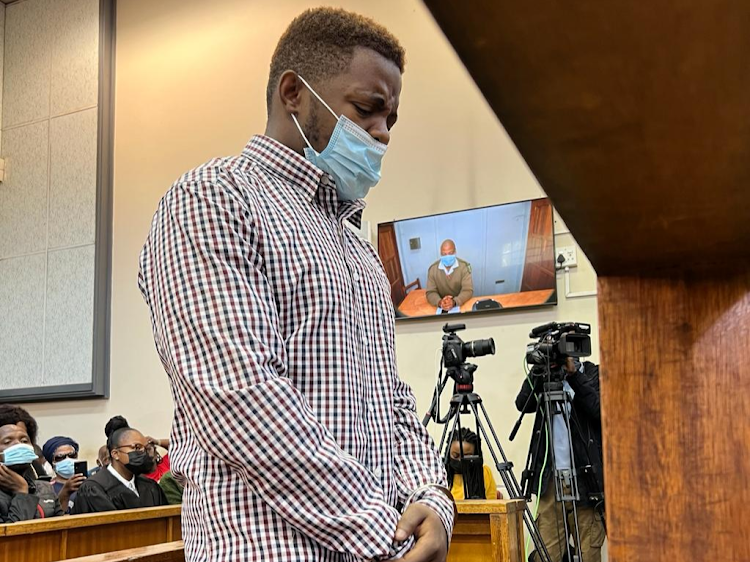 Flavio Hlabangwane, 26, was arrested earlier this month after body parts were found in his fridge.
Image: Dianne Hawker

Constant Mbedzi wanted to see with her own eyes that childhood friend and neighbour Flavio Hlabangwane gets his day in court.

However, she wasn’t there to support him. She told TimesLIVE Video the Soweto man should remain behind bars.

Mbedzi, who was wearing EFF regalia, said she wanted to show the EFF “are against gender-based violence”.

Hlabangwane was arrested earlier this month after body parts were found in his fridge.

The Protea magistrate’s court has heard he has tried to commit suicide twice, leading to previous court appearances being postponed.

“Since last week he couldn’t say anything after he tried to commit suicide,” Mbedzi said outside court.

“I think he’s afraid to come out because he’s aware outside is very dangerous for him. All the community members are very angry about what he did.”

Constant Mbedzi speaking to @SC_White_ for @TimesLIVE
She grew up next door to #flaviohlabangwane who is appearing in court today charged with murder. She says Hlabangwane was a quiet guy. pic.twitter.com/DoA0WRHgDY

Mbedzi says community members are angry with #flaviohlabangwane and he should avoid applying for bail. "He might be our neighbour but we are not part of what he did." #Timeslive pic.twitter.com/9Svg7jFHzy

Mbedzi said she knew the victim, a woman believed to have been Hlabangwane’s cousin and his romantic partner.

The body parts in his fridge were found by another romantic interest.

The case was postponed to Friday due to Hlabangwane’s financial issues with his lawyer.