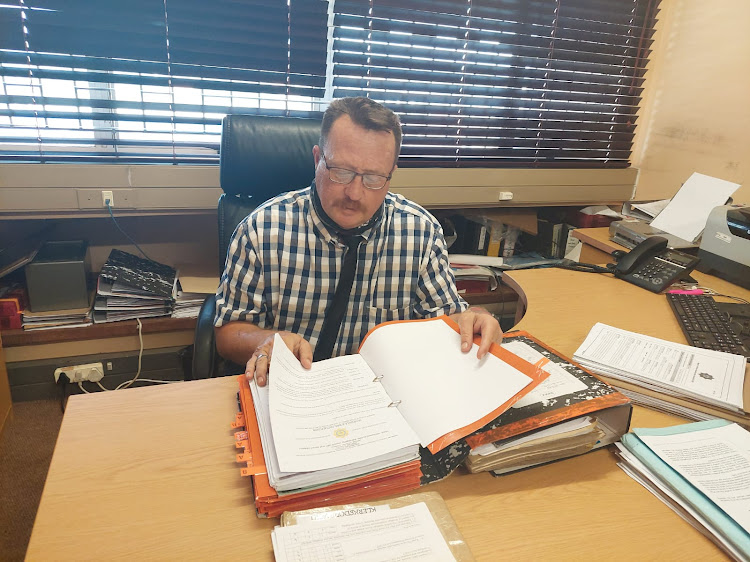 In less than three years, a North West police detective has been instrumental in at least 26 life sentences and 353 years' imprisonment handed to 20 perpetrators of gender-based violence (GBV).

SAPS spokesperson Col Athlenda Mathe said the efforts of detectives in the unit often go unnoticed, but they contribute “to a much better and safer SA”.

“As the 16 Days of Activism for No Violence Against Women & Children campaign gains momentum, the SAPS deemed it fit to pay tribute to detectives in FCS and Seci,” said Mathe.

Rabe, 45, has a 20-year service record, working as a general detective before joining the FCS unit in 2018.

He started work in the Zeerust police cluster, which has seven police stations, and was the only officer tasked to investigate serial rapists and murderers. He is now dealing with 58 GBV cases.

With the youngest victim eight years old and the oldest 72, he is on a mission to rid the streets of perpetrators of crime against women and children.

“I have a duty to serve and protect. My mission is one, to oppose bail for all schedule 8 offences,” said Rabe.

“What keeps me going and what motivates me is to search for suspects and remove them from society for as long as the law allows.”

There are 176 FCS units nationwide and nine serial and electronic crime FCS investigation sections based at provincial offices across the country.

NEWS FEATURE | She thought her rapist would never be caught. Then she met sergeant Dlokolo

Nomsa’s scars from her ordeal are still raw, but at least the security guard who assaulted her is safely locked away
News
9 months ago

In the past year, Lt-Col Anzari Fourie and her team have responded to at least 80 drowning incidents
News
8 months ago

Police service honours 15 women "pushing through misperceptions and gender expectation to create a voice for themselves in a male-dominated ...
News
9 months ago