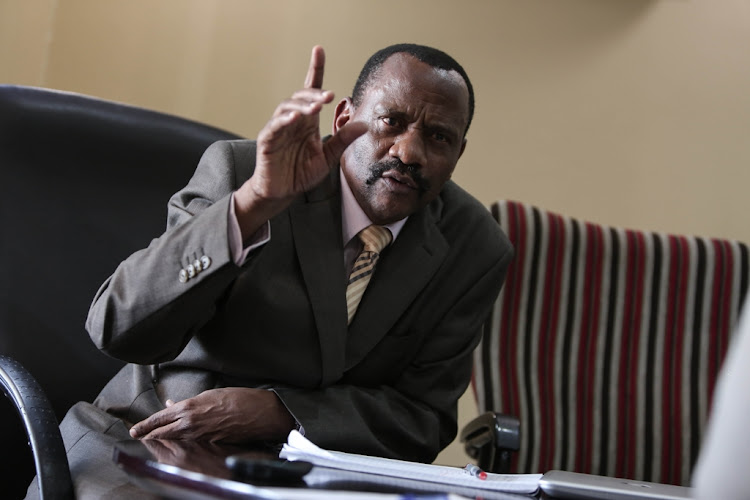 A 19th alleged “instigator” has been arrested on charges related to incitement of public violence and destruction of property during the July unrest.

Directorate of priority crime intervention (Hawks) boss Lt Gen Godfrey Lebeya — whose unit has been tasked with finding the masterminds behind the unrest — made the announcement while testifying at the SA Human Rights Commission investigative hearing into the civil unrest on Wednesday.

He said the person was arrested on Tuesday and will appear in a Roodepoort, Gauteng, court within 48 hours.

Lebeya said the person would join a list of seven others who have been arrested by the DPCI and 11 arrested by SAPS detectives.

He said all those arrested face similar charges of instigating violence before and during the civil unrest.

He provided the commission with a breakdown of the cases the DPCI was investigating, which included 12 criminal dockets and 12 inquiry dockets.

“There are 12 criminal dockets, seven of these matters are already in court. Cases are almost at a final stage. Five of these are still under investigation. You register a criminal docket when you are satisfied there are elements of crime that reflect the initial information you had.”

He said: “The other 12 dockets are still at the stage of an inquiry. Once they have all the elements available we can transfer them to a case docket.”

He told the commission that, while they are still investigating, nothing yet pointed to high treason.

Lebeya said the investigations did not implicate any members of the police, the military or the State Security Agency (SSA).

He said he was unaware of any member of crime intelligence who may be implicated in the unrest — evidence which had been provided by police national commissioner Lt Gen Khehla Sitole on Tuesday.

“We do not have any members of SAPS involved at this stage — only upon conclusion of the investigation will we be able to establish this. We haven't picked up on the involvement of members of the SANDF. If members are involved, we report it to SANDF who have the director-general who will be able to deal with their members appropriately. At this stage I am not aware of a member of SSA involved in the investigation we are conducting.”

Lebeya could not provide a date on which DPCI's investigations would be concluded to be added to a “mastermind” report which Sitole made reference to.

He said there had been delays in seeking “mutual legal assistance” to get help from social media platforms such as Twitter and Facebook.

“The DPCI was seeking mutual legal assistance with other jurisdictions as some of the platforms the perpetrators were relying on are not hosted in the country, which means we also need mutual legal assistance. So it is not easy to put a date to when we can finalise these investigations. Some of the instigators do not always make it clear who they are — we have to uncover who they are.”

This point was questioned by the commissioner who asked how difficult it was to get assistance from social media platforms, saying the SAHRC received the assistance of Twitter in tracing a specific person in reference to a comment made.

“There is co-operation we are getting but for the purpose of going to court we need mutual legal assistance because some of the information we may have may assist us in conducting the investigation, but for the purpose of placing evidence in court you need the mutual legal assistance so that matter can come through in an admissible way. That will obviously take a little bit of time. Getting the correct info that you need may also take time,” said Lebeya.

During the unrest, Lebeya said, he had to take personnel from other provinces that were not affected to help in areas that needed more resources.

“We had to shift around to ensure that the instigator matter received priority. I had to remove a senior officer from another province and bring them to head office to focus on these matters. I had to shift some investigators to go and participate in KZN. We had to have regular meetings every day, after hours, to deal with the matters of instigators, literally every day.”

He said DPCI was severely understaffed, with fewer than 3,000 personnel having to deal with more than 20,000 cases.

The commissioner said the organisers of the riots outsmarted the police and resorted to using technology to plan unrest, to which SAPS was unable to ...
News
5 months ago