Limpopo and ECape are the worst cases 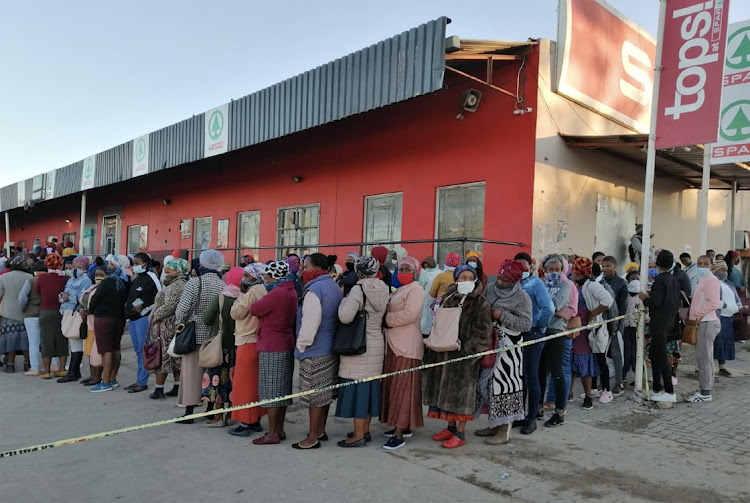 Social grant beneficiaries from villages near Mqanduli in the Eastern Cape flock to Mqanduli town to access their grants.
Image: Lulamile Feni

More than a quarter of SA households depended on SA Social Security Agency (Sassa) grants for their main source of income last year as the Covid-19 pandemic wreaked havoc.

The report reveals that grants are a vital safety net, especially in the poorest and most rural provinces such as the Eastern Cape and Limpopo.

In the Eastern Cape, 63.6% of households received grants. The figure in Limpopo was 69.3%.

Grants remained the second-most important source of income in the country, with an increasing number of households depending on them.

Stats SA chief director for social statistics Solly Molayi said due to the high uptake of the R350 monthly grant the percentage of individuals accessing grants increased to 34.9% last year.

“The percentage of households that received at least one grant increased to 52.4%.”

The survey showed that excluding the Covid-19 social relief grants, the number of people accessing grants would have been 30.7%, down from 34.9% in 2019.

Molayi said the percentage of households connected to the electricity grid increased from 76.7% in 2002 to 90% in 2020, with a drop in reliance on wood, coal and paraffin over the same period.

The direct impact of Covid-19 on SA companies' corporate social investment is shown by the increased support for food security and community ...
News
5 months ago

About 300,000 children were infected with HIV in 2020, roughly one child every two minutes, Unicef said in a report on Monday.
News
5 months ago

Fuel hikes a stretch too far for stressed consumers: experts

Latest fuel price hike will see petrol breach R20 per litre from December, with a call for government to soften the blow by reducing levies.
News
5 months ago

The unemployment rate in SA increased to 34.9% in the third quarter of 2021 — the highest since the start of the Quarterly Labour Force Survey in ...
News
5 months ago