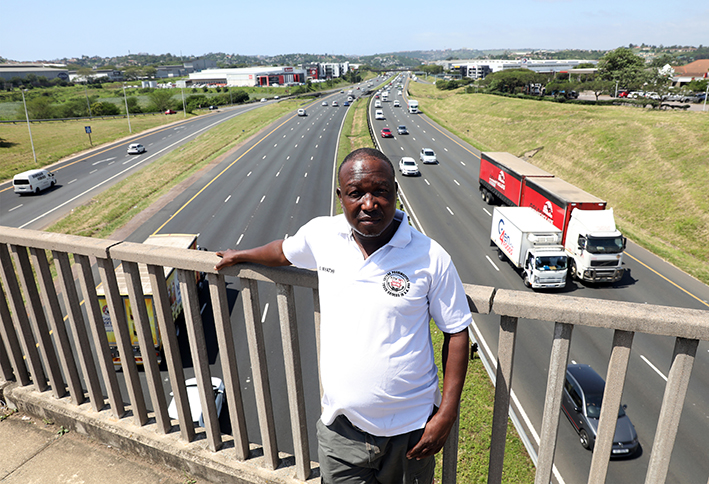 The failure by the government to provide feedback on November 3 to small truck operators regarding the employment of foreign drivers working in SA resulted in the blockade of the N3 highway near Van Reenen on Friday.

Several sources within the trucking fraternity told TimesLIVE Friday’s truck protest followed a memorandum of demands handed to transport and labour ministers Fikile Mbalula and Thulas Nxesi on October 25 during a protest on the N9 and N10 highways outside Middelburg in the Eastern Cape.

The ministers accepted the memorandum, calling for intervention into the four-year long debate about the employment of foreign nationals in the logistics industry and its affect on job opportunities for South Africans.

After an agreement was reached, government said a technical team would report back to the drivers and small truck operators, which sources claimed did not happen.

National Truck Drivers Association secretary-general Siphosihle Muthwa alleged the government had failed to respond to the drivers within seven days, as initially agreed upon.

“Government promised the drivers that within seven days they would provide them with feedback into the process of addressing concerns around the employment of foreign nationals, among other issues. Government never came back to them. That is why we are seeing what is happening on the N3.”

Muthwa said one of the demands in the memorandum was for the government to remove the operating licences of employers hiring foreign nationals.

“That will stop all the things that are happening, but government do not want to give the memorandum to employers. That is why drivers are angry.”

At 9am, the N3 Toll Concession said all lanes remained closed at Van Reenen, resulting in a standstill northbound from Tugela toll plaza and southbound from Van Reenen.

Police spokesperson Brig Jay Naicker said it was alleged truck drivers parked their vehicles on the N3 and removed the keys.

He said the police were at the scene and attempts were under way to have the trucks removed.

A protest by truckers in the Eastern Cape is easing, but protest action by truck drivers is continuing on the N3 on Tuesday.
News
6 months ago

“Always when there’s something like that they say it is ATDFASA. What is the violence there? They are putting out wrong information. These are South African drivers who are blocking the road because they are tired of the unemployment rate and the hiring of foreign nationals while South Africans have the skills to drive trucks.”

Mbalula and Nxesi are in West Africa with President Cyril Ramaphosa on a state visit to Ivory Coast.

A department of transport official, not authorised to speak to the media, said a response would be drafted by the government when information was gathered about the N3 protest.

Transport spokesperson Lawrence Venkile could not be reached for comment.

The lack of 24-hour operations has contributed to crossing times increasing from an average of one hour to more than 20 hours since 2019.
News
5 months ago

Free State police arrested eight people after negotiations to end a truck blockade on the N3 toll route were unsuccessful on Tuesday.
News
6 months ago